Stars fans, I know how all y'all love a good mystery (front office moves aside), I was hoping maybe some of y'all could help me out. If you go to the games with any regularity, I'll find you and buy you a beer! (Market price $10, nk). (Or, if we can't hook up at a game or you aren't the drinking type, I'll send you said $10 via snail mail or donate to your favorite charity. :)

"I like beer", you say? "What's the challenge", you say? Well, back at the end of Dec., in my fanpost of a rant and reaction to the "Lites meeting", I mentioned that to me, the Stars are more than a team, they're family, yada yada, and that as my celebration of 25 years of hockey I had a plaque made and was trying to get as many Stars people - players past and present, FO, announcers, anybody part of the "family" - to sign it. Coincidentally, on the same day Mr. Lites went off on his tirade, I had dropped it off at the Stars offices in Frisco for a team signing event. (And Mr. Lites, you were still invited to sign.)

Well, guess what, I got it back latest last week! They did an awesome job, I couldn't be happier! One thing I want to do, though, is, before I get too old and senial, I want to document who signed where (on a layer of the picture in photoshop). Not surprisingly, that's easier said than done! You can't tell from most of the signatures, but the players usually put their number, too, so that makes it easy. Sometimes, though, the number isn't even legible and I resorted to "ok, who am I missing? Google 'Antoine Russell autograph', oh that's you!".

That said, between last year (in red) and this year's signings (in orange), I've got all but 4 figured out (circled below). 1. I'm pretty sure is President Brad Alberts (unless somebody convinces me otherwise, thank you sir!), but 2. and 3. I have no idea (probably FO?), and 4. makes me wonder if I was pranked, lol. It looks like a player who's number ended in 3 (73? Brad Lukowich briefly wore 73, but it's not him), I have no idea!

(Oh, and thank you, Mr. Lites, I genuinely appreciate you taking the time. :) 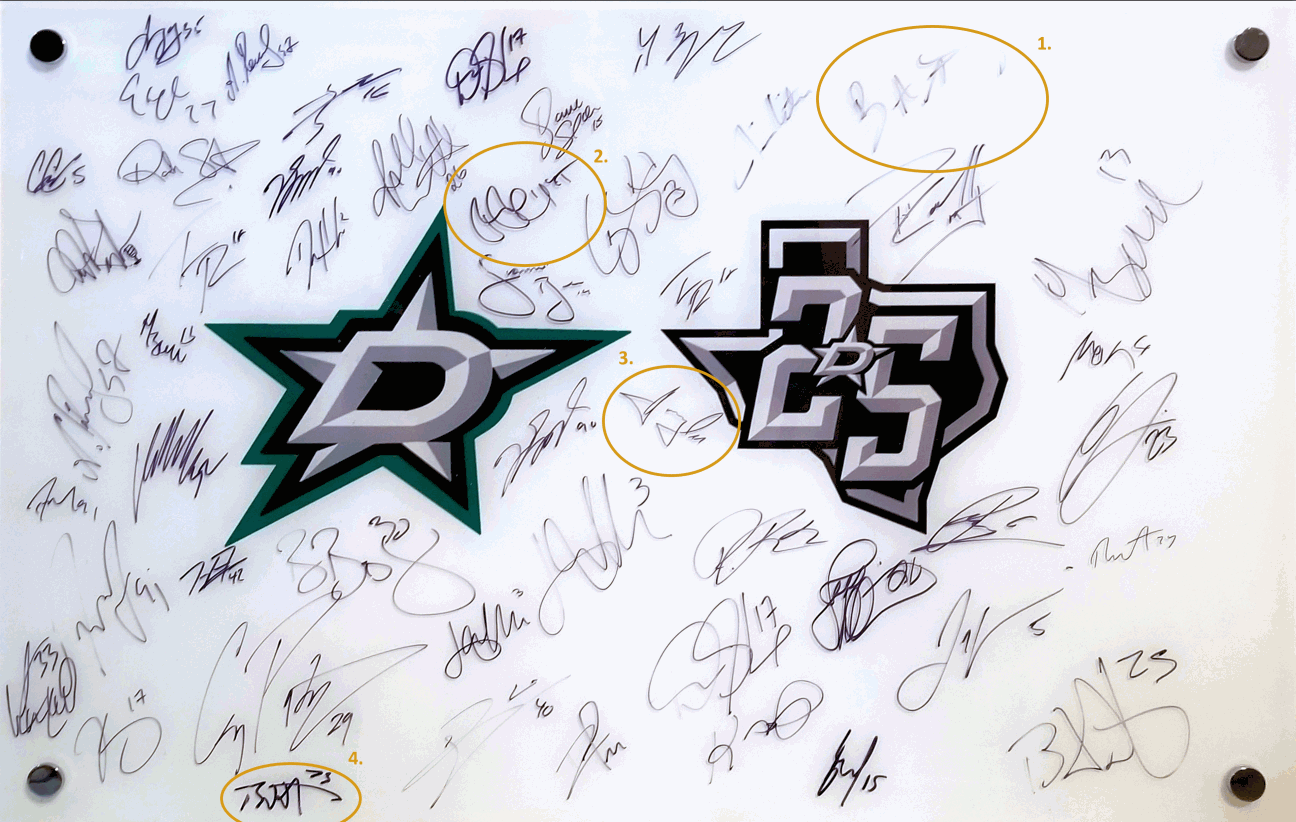 For those curious to see who's where: 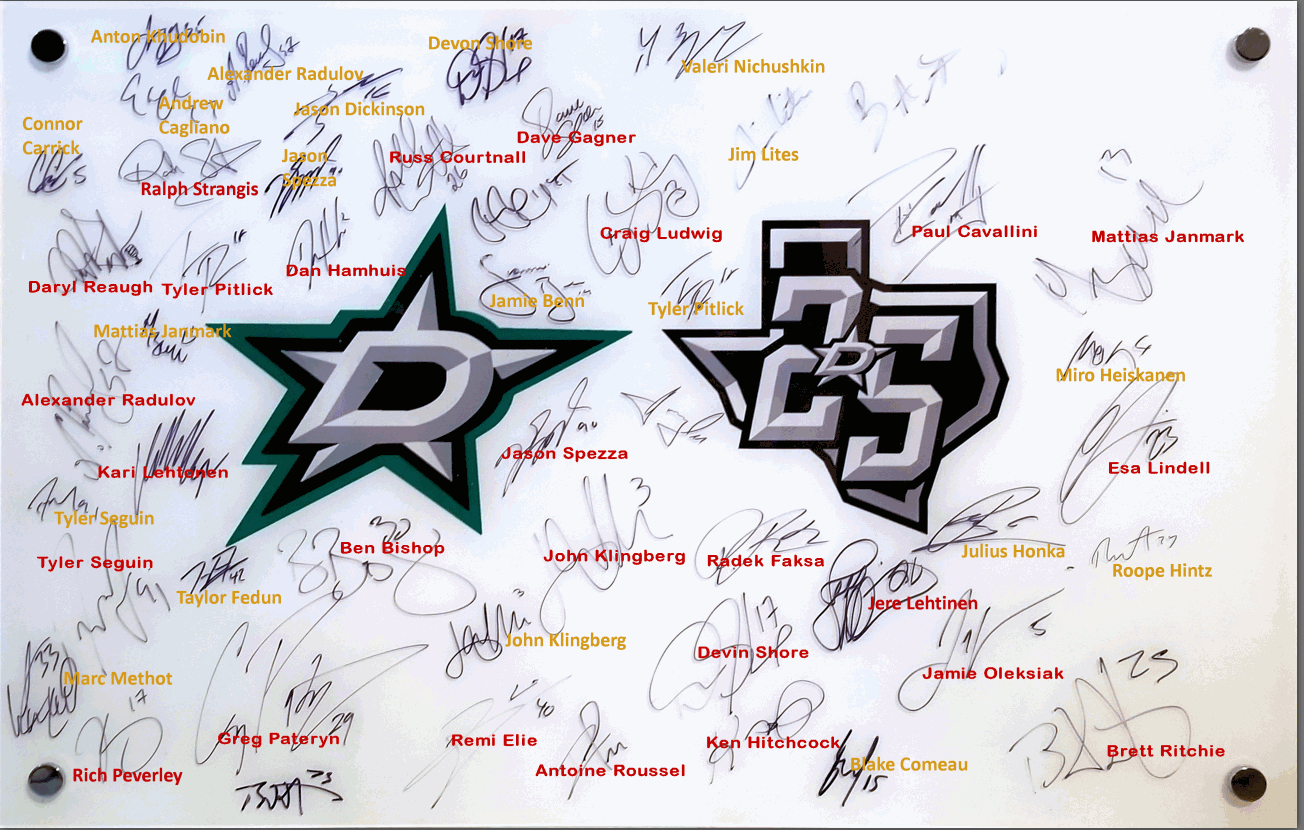