The long summer is finally over as the Stars take to the ice today to try and build off of last season's return to the playoffs.

Welcome to the most optimistic day of the entire NHL season.

Today is the day hope officially springs anew for all 30 teams and their fans, the day when even those maligned Buffalo Sabres fans can look on paper and say. "you know, if things break just right... then maybe..." 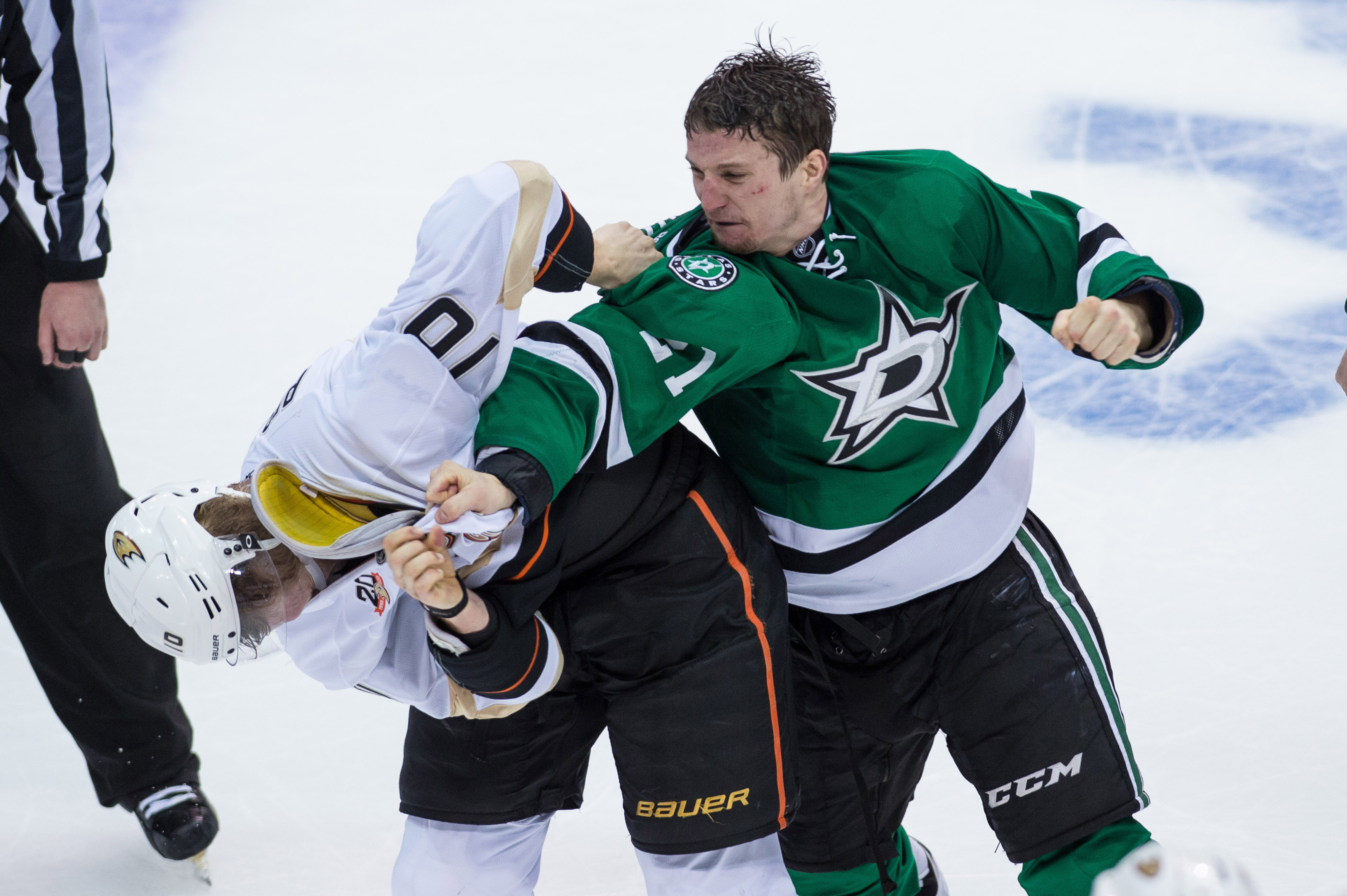 Get directions to the Forth Worth Convention Center, as well as a printable roster, at our detailed Dallas Stars Training Camp page.

Yes, after 12 long weeks with no hockey and more than four and a half months since the Dallas Stars bowed out of the playoffs, NHL hockey is back in the Metroplex today as the Stars join the other franchises in officially opening up training camp.

The Stars are spending the weekend bonding, roping and riding out in the great city of Fort Worth, just as they did last year. Two hard days of practice and one intrasquad scrimmage will be all the jelling time this new group has together before jumping deep into the preseason waters.

In another parallel to last season, optimism in Stars-land is running pretty high at this point. The team is coming off its first playoff berth in six years after a full-scale culture change, from the management to the coaching to the captaincy to the jerseys, paid off in spades. The young core is more experienced and hardened by some bad playoff memories, and some new high-end talent has been brought in to complement the already exciting offense.

There are so many hopes, so many questions. Where exactly will Ales Hemsky line up? Who will be the fourth wing in the top six with Hemsky, Jamie Benn and Valeri Nichushkin? How will Jason Spezza and his marvelous laugh fit into the very tight locker room of last year? Will Antoine Roussel get through the scrimmage without riling up one of his teammates into wanting to punch him?

Stars fans, and undoubtedly the Stars coaching staff, have spent the last few months penciling in lineups (okay, writing down the forward combination of Benn and Tyler Seguin in pen as well), working through the mental exercises of what happens if Trevor Daley and Alex Goligoski can recapture their second half magic and how things might work if they don't.

It's finally time to start finding those answers, though the full picture won't come together for a least a few days as the Stars work in groups this weekend. There are a few interesting tidbits into how that all shook out, including Benn and Seguin being on separate teams (which if that leads to any more friendly competition like we saw in their adventures with sled hockey, I'm all for it) and shiny new forwards Spezza and Hemsky are in the group that ends up practicing with both other groups rather than alone.

The two young players considered the most likely option to make a push for an extra wing spot this season - Brett Ritchie and Curtis McKenzie - are both on Team B, though Ritchie is out for the first stretch here with a broken pinky. The young defensemen, meanwhile, are a little more spread around, though if you want to read into things, the lineup in Group A features most of those who are penciled in to be fighting for meaningful ice time at the NHL level in Patrik Nemeth, Kevin Connauton and Sergei Gonchar.

Today is the day the puzzle pieces start to fit together. Today is the start of the payoff of those moves over the summer, of the careful development, of the growing chemistry.

To paraphrase the great Rafiki, it is finally time.