Young Stars prospect Julius Honka has been a standout player in Traverse City; where will he go after camp?

The Dallas Stars prospects are 3-0 so far in the 2014 Traverse City Tournament and as the team prepares to face in the finals on Tuesday against the Columbus Blue Jackets, one young player in particular is starting to stand out and gain some high praise.

18-year old defenseman Julius Honka, drafted out of the WHL by Dallas in 2014, has been a standout player for the Stars in Traverse City and has been instrumental in the team's unbeaten record so far in the tournament. Known as a puck-moving defenseman with great skating ability, Honka has impressed with his combination of speed, agility with the puck, vision on the ice and accurate shot from distance. 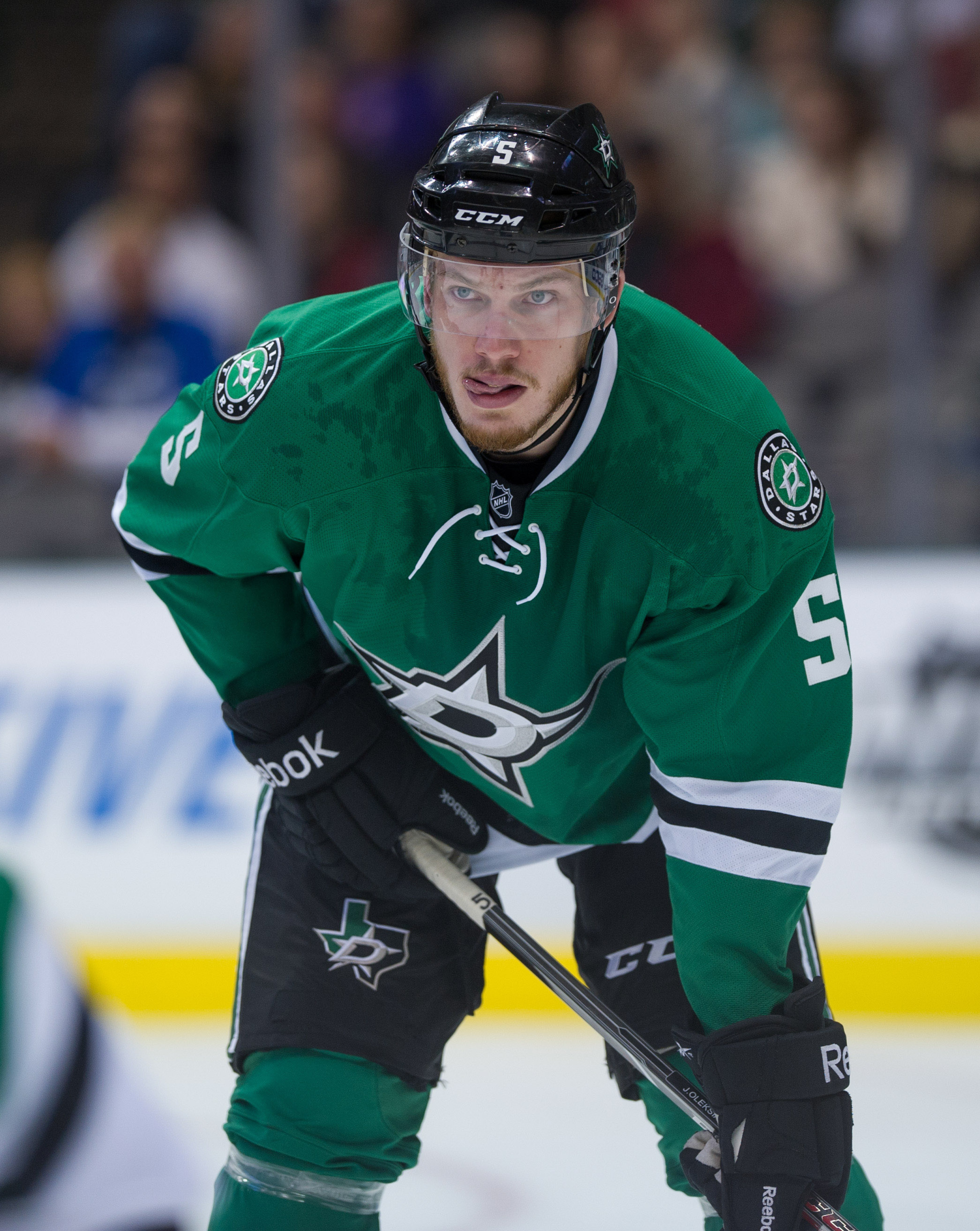 Check out our comprehensive coverage of the Stars camp, including schedules, rosters, analysis and more.

Honka has one assist and one goal through three games in the tournament, and should have been credited with another assist on the overtime-winning goal on Saturday against the Hurricanes. He's showcased incredible vision with the puck and an ability to absolutely whip passes across the ice with speed and precision.

"I saw a lot of Honks in the Western Hockey League, and he is dynamic," said Texas Stars coach Derek Laxdal. "He moves well. He's agile. He moves east-west as well as he moves north-south. He gets pucks to the net. He's a forward playing defense. He's an exciting player to watch and he's going to be an exciting player for the Dallas Stars for years to come."

Mark Stepneski, who is rather reserved in his praise of young prospects, has been quick to praise Honka throughout the tournament.

Honka's puck moving skills have been in high gear at the tournament. He slices his way through the opposition with slick skating and puck handling. At times, he'll slip a defender with a deft head fake, a clever pause or a burst of speed. He has one assist in the tournament so far, and it was a nice one. He made a long outlet pass to Brett Pollock that led to a Jason Dickinson power play goal off the rush against Carolina Saturday afternoon.

The biggest concern for Honka coming out of the draft was his size and his ability to compete against the larger and more physical players he'd eventually face in the NHL. Yet, at least in a tournament filled with his peers of top NHL prospects, Honka has shown he's capable of deftly moving through traffic, avoiding the hits along the boards and all while showing off top-notch vision and playmaking ability with the puck.

The Stars were high on Honka leading up to the draft and appeared to see something potentially special in the young defenseman; it was clear at development camp that this was a player at a different level entirely than most players his own age. Every now and then a player instantly stands out after being drafted when compared with their peers -- Jamie Benn in 2007, John Klingberg in 2010 and now Honka in 2014.

Corey Pronman, also present at the Traverse City tournament, stated that Honka was the biggest standout player for the Stars so far:

Honka was really impressive, especially considering he has another year of under-20 eligibility. He looks unique in terms of how he plays the game. He's confident and smart with the puck, showing great offensive IQ along with top-end quickness. He's small (5-10, 181 pounds), but has a really hard shot. Dallas' chief scout Joe McDonnell mentioned how he sees Honka as being an effective rusher, puck mover and trigger man. I still have Honka as the Stars' No. 3 prospect behind Brett Ritchie and Jamie Oleksiak, but based on my observations this weekend, that gap has closed.

This tournament was the first true test for Honka since he was drafted, at a time when his ultimate destination after training camp has yet to be decided. The Stars believe Honka is ready to move on to tougher competition, and the next step in his development will likely be decided during training camp. There was talk of Honka perhaps being cleared to play in the AHL or heading overseas to play in Finland; there's a good chance the Stars could have Honka remain for a nine-game NHL "tryout" to start the season as well, depending on how camp goes.

"He's new to the organization. We know what he is, but how close is he? That's what we want to see," said Stars GM Jim Nill, who is in Traverse City this week to watch the team. "He is still a young kid, so we are going to be cautious. He's a right-handed shot, high skills and we are excited to watch him."

While there will certainly be discussion of the possibility of Honka starting the season in Dallas, it's likely a longshot for the Stars to actually go that route - it is very rare for 18-year old defensemen to make their NHL debut, let alone undersized defensemen with just one year in North America.

"He's got to get a little stronger. He's got to get that man's strength," said Dallas Stars Dennis Holland. "He's got to continue working on his game and defensively he has to make sure he is at the right spot at the right time. These young defensemen will jump a little early trying to make offense, and he has to make sure that he takes care of his own zone. That just comes with maturity. But he's a pretty well-rounded defenseman. He makes good plays, and he's positionally sound."

The biggest competition in camp will be among the young defensemen vying for that final NHL spot, and Honka will certainly become a focal point after such a successful tournament as one to watch over the weekend. The possibility of Honka actually starting out with the big club is microscopically slim, especially given the competition ahead of him, but there is another possibility besides the WHL or SM-Liiga -- the AHL.

There has been talk that the Stars might be able to slip around the CHL-NHL transfer agreement and have Honka play in the AHL right away, although there hasn't been much noise on that front lately. Nill certainly sounds like a GM that is going to let Honka's play in the preseason direct him one way or the other, but there are no guarantees. It's certainly going to be a tougher test for the young defenseman once the games are being played against actual NHL players rather than other prospects.

There will be plenty of intrigue surrounding the young defensemen in camp, and now Honka has forced his name into the mix to at least be a player that fans will want to watch closely. For a small, 18-year old defenseman there's not much more you can ask for.