Sometimes you just have to stop and appreciate the truly nice people in this business. Toby Petersen is one of them.

Petersen was the 244th overall pick in 1998 with the Pittsburgh Penguins, making his NHL debut in 2000 before winding his way through their minor league system, and then eventually into the Edmonton Oilers organization, where an odd coincidence would set him on a collision path with Dallas.

The Iowa Stars had a one-year affiliation with the Edmonton Oilers while Dallas players were also there - Petersen impressed enough to get signed into the Stars' system, crossing over from the Oilers'. 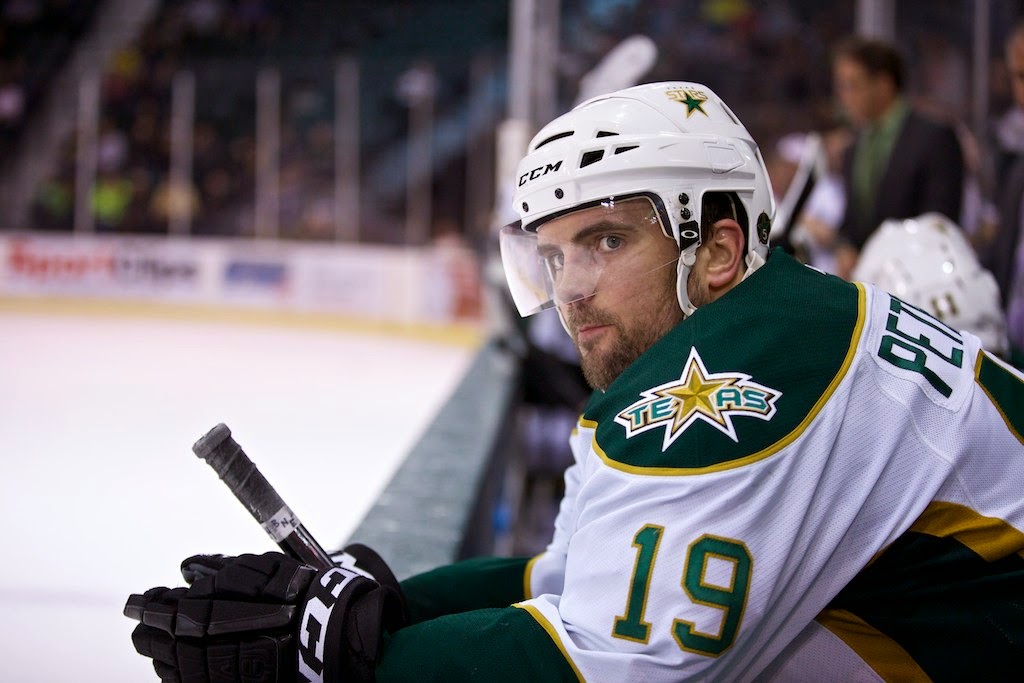 Stephen Meserve with some great quotes from Toby Petersen after his retirement from hockey.

A late-season callup in 2008 resulted in Petersen playing in 16 Stanley Cup playoff games during the Stars' 18-game run to Game 6 of the Western Conference finals, and it was there he would make his mark, cementing himself as a full time NHLer.

Tenacity, speed and a pesky defensive game earned him wide acclaim, against the Red Wings in particular, helping him launch a four-year stint exclusively at the NHL level.

As the Stars' ownership crisis worsened players like Petersen won over fans and coaching staff(s) alike with his work ethic and relentless defensive game while being an affordable option. He was a key penalty killer and even saw power play minutes under Glen Gulutzan as injuries ravaged the Stars.

When Tom Gaglardi rescued the franchise and began to turn the ship Petersen accepted a role at the AHL level, spending the last two years mentoring young men and eventually helping propel the club to the aforementioned Calder Cup Championship.

He is an unfailingly nice man. He is an excellent example of what one can achieve despite dealing with type-one diabetes and a, by today's standards, undersized frame. A father, a husband. A hockey player.

A good soldier for this organization through and through- And let's face it, a guy worthy of your attention (in our estimation) because he won over so many with his heart and his work.

And in the interest of full disclosure, he was generous and patient with Brandon and I in the locker room as we were first starting out in this capacity. His patience and his kindness- his willingness to do whatever was asked- make him certainly one of the most genuinely nice Dallas Stars we've seen.

That's saying a lot, because whether up or down, this organization has employed quality people at every level.

Congratulations to Mr. Petersen for a successful professional hockey career, and thanks for showing all of us generic 5-foot-10 little white guys that there's no limit to what we can do.

Enjoy your retirement, Toby and good luck in your future endeavors. Thanks for your tremendous work over the years.