With Gratitude to the Nashville Predators, a Dallas Stars Fan Pays off a Debt

And I'm going to burn the damned thing.

Share All sharing options for: With Gratitude to the Nashville Predators, a Dallas Stars Fan Pays off a Debt

No great thing was ever achieved easily.

It took a lot for the Dallas Stars to get back into the playoffs after six seasons. For example, I had to make a dumb bet with myself and the Twitterverse that I would reward the Predators for taking two points from the Phoenix Coyotes.

Proclamation: If NSH wins in reg tonight I will buy a Predator hat (yuck...) and tweet pictures of myself with it on

I admit, I did not think that would come to much. But following my leaders on The Ticket who make these sorts of claims every year, usually about shaving their heads or some such, I felt it had to be done. Plus, bits are fun.

A 2-0 shutout later and a stage set for what happened at the American Airlines Friday night and I had to pony up some bucks, for the first time in my life, to help another NHL franchise.

And you cheeky folks out there on Twitter said it had to be a YELLOW hat.

So here you go. You look at these while I scrub my head with a wire brush.

I did it for the Stars. And it was worth it. 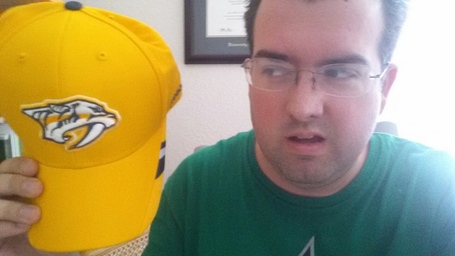 Terrible. How are they a franchise? 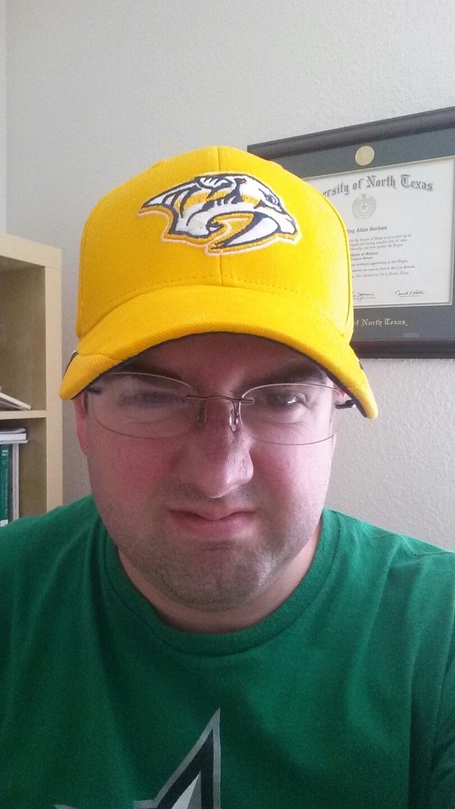 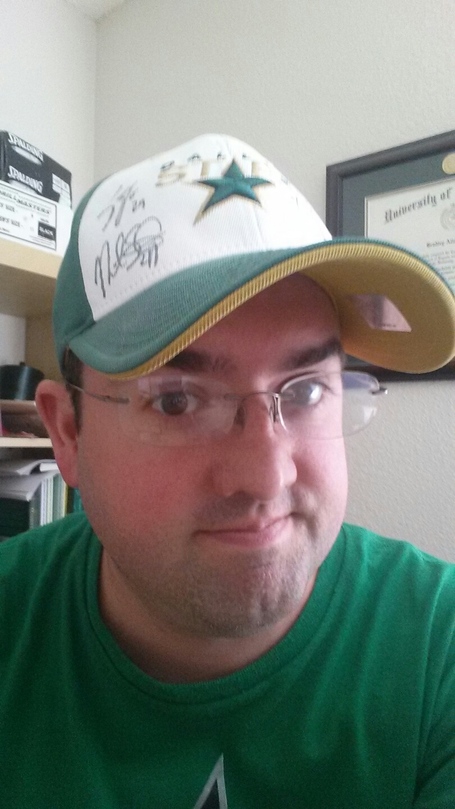