Because we need hugs after such a week as this...

It's been a difficult week in Stars land. From extreme high to extreme low, and everything in between, our emotions have been taken on a roller coaster ride we didn't necessarily want to be on.

After everything that has happened, Erin and I just wanted to give everyone a big ol' hug. But since we cannot do that, we thought we'd give you the next best thing -- a Dallas Stars edition of Hockey Hugs. Harrison Mooney at Puck Daddy was gracious enough to let us copy his idea, because he recognizes the good that Hockey Hugs can bring.

So here's our top 10 hockey hugs of the season so far. Consider this our hug to you, Stars fans. 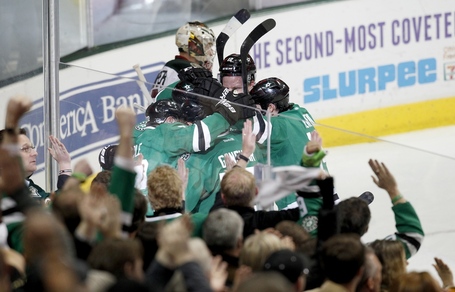 "Hey guys, I scored so Mikey Mo won't yell at us later, right?"

"Dude he would have been so mad had we ruined his night..."

#9. The best bromance in hockey this season 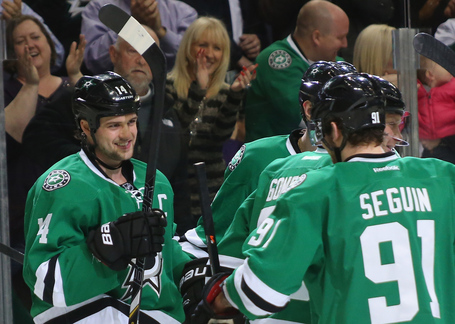 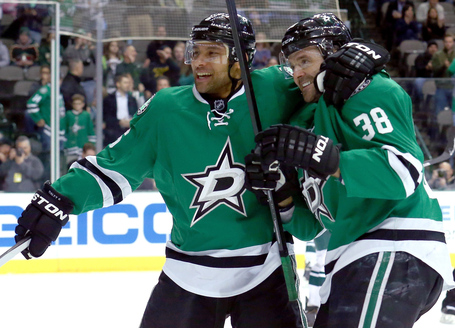 "You can't resist my hugs, Fidds." 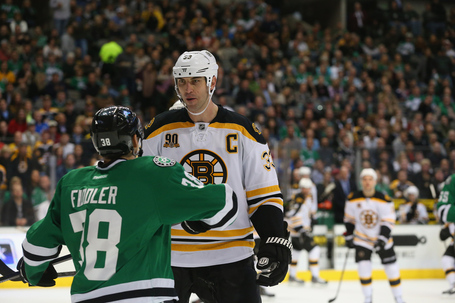 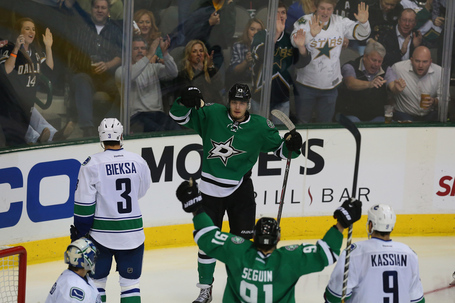 #5. Jordie Benn thinks Kari Lehtonen is the MVP of the team 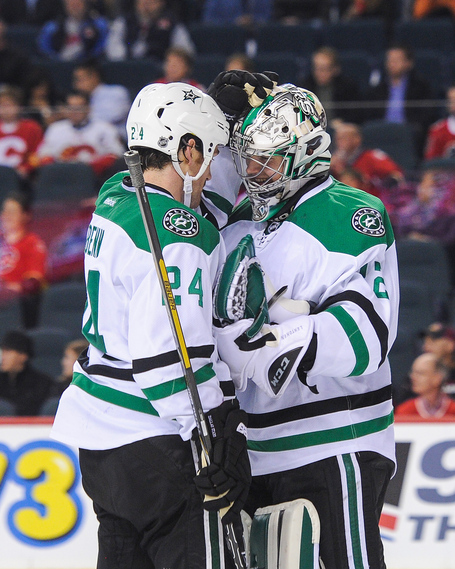 "You saved my bacon, Kari."

#4. Only Jamie Benn is allowed to hug Tyler Seguin 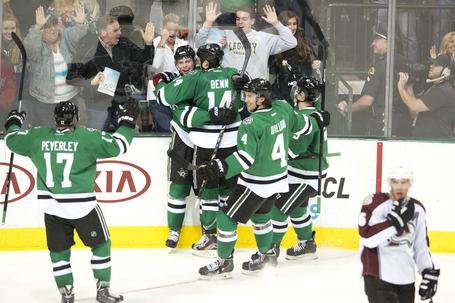 "Hey Chubbs, let's wait for everyone to get here for the hug. Pevs is on his way."

#3. Goalies give the best hugs 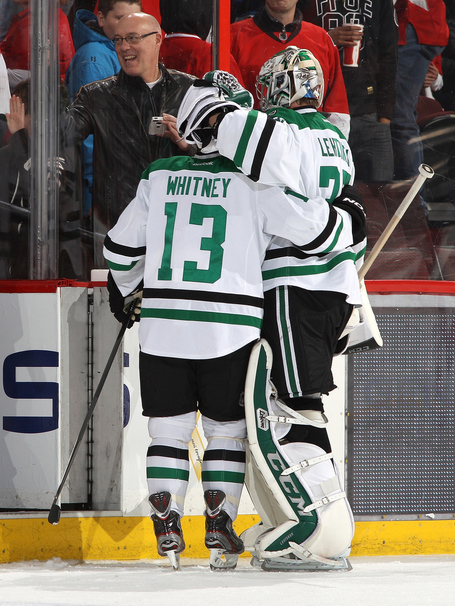 Goalies love stopping goals, forwards love scoring goals, and when the two work in tandem to protect the helmet of a goal-scorer with a goalie glove, it's a beautiful sight. 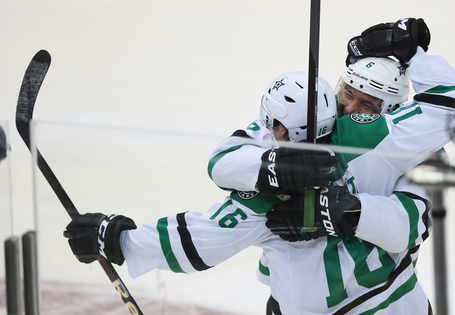 There is sheer joy and excitement to be had and shared with your brothers on the team... 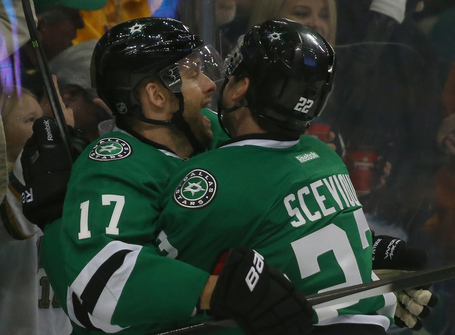