For the Twiterless among you -- two Dallas Stars show off their medals.

Barely a day after the men's Olympic hockey tournament ended all Dallas Stars are back in Texas, safe, accounted for, and already showing off their hardware.

Valeri Nichushkin may have a few chances more to get one, but Kari Lehtonen and Jamie Benn have them in the bank now, and the Stars took to Twitter Monday afternoon to show off the new prized possessions.

First, brother Jordie displays the gold his brother brought back: 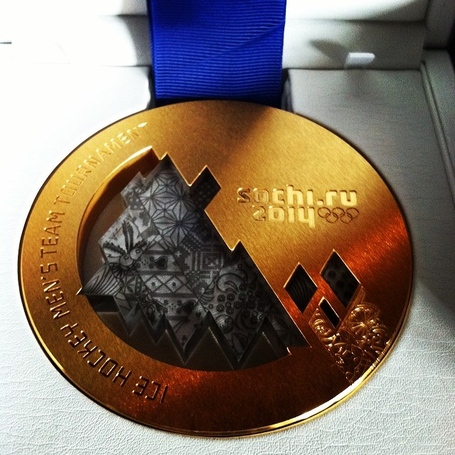 And Kari Lehtonen with the bronze.

Good job beating the United States to a medal. Now get back to work. Stanley Cups are better.