As the only Canadian on Defending Big D's writing staff, there's no secret where my Olympic allegiances lie: 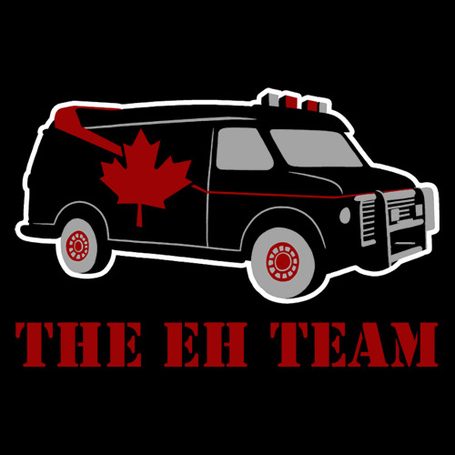 While all of us here cheer for the same NHL team, I know that the majority of the readers are American, and come Olympic time, me and my kind are enemy number one, as Josh so patriotically outlined yesterday.

But that's OK, America. I completely understand. I mean, there's nothing wrong with a little friendly, neighbourly rivalry, right?

Canada and the USA are two powerhouse hockey nations, and in the past have shared some historic hockey moments.

And, of course, who could forget...

Sochi, however, is a totally different animal (apparently some kind of weird bear?), and in 2014 the United States men's hockey team will have their chance at revenge.

To do so, however, won't be easy, considering any path to gold will most likely have to go through a Canadian hockey team that's just as dangerous as the one that won it all in Vancouver in 2010, and unarguably the strongest overall team heading into the tournament.

With more rinks and more youth hockey players than any other nation, there's no doubt that Canada has a natural advantage over other countries when trying to amass the best 25-man roster possible. But when you see the combination of both talent and depth that Team Canada brings to the table, a veritable who's who of many of the NHL's brightest stars, it's still hard to not stand in awe of the riches at their disposal.

Let's now take a look at the Canadian roster:

Where do you even begin?

Sidney Crosby, the NHL's current leader in points and arguably the best hockey player in the world, seems like a good place to start. He's the type of player that entire teams are built around.

But when you step back and see the entire picture, and notice that there are many of those types of players here, that's when things start to get crazy:

The thing that jumps out the most is balance, on every level. There's an excellent combination of both size and skill. There are passers and there are snipers. There are the grizzled veterans and fresh-faced, exuberant Olympic rookies. It's a forward core that was carefully constructed to be without weakness, and is the best in the tournament.

When you can ice a "4th line" that consists of Benn, Tavares and Bergeron, well...that about says all that needs to be said.

Much like the forward core, Canada's blueline is stellar and unsurpassed, possessing an excellent blend of elite depth and talent.

Doughty, Keith and Weber were all staples of the Canadian team in 2010 and are still in their prime playing years, so they'll be the leaders again here at both ends of the ice. Subban and Pietrangelo can move the puck with ease, and while Bouwmeester, Hamhuis and Vlasic are a step below in terms of overall skill, all three can handle tough defensive duties in their own zone.

If there's any weakness in Canada's game, any chink in the armor, it's commonly thought to be the goaltending...but how much of a weakness is it really?

While the starter has yet to be officially named, 26 year-old Montreal Canadiens goaltender Carey Price seems to be the obvious choice. Price was named as the NHL's 1st star last week, with a .971 save percentage in three games, and has only allowed seven goals in his last six games. It makes sense to ride the hot hand, and no goalie is hotter than Price right now.

Behind him, Roberto Luongo was the man between the pipes in 2010, so he's no stranger to this kind of atmosphere. If Price falters, Luongo can handle the gig.

So Canada Basically Has This Thing In The Bag, Right? What Could Possibly Go Wrong?

In one word: hunger.

Before the 2010 Olympics in Vancouver, there had never been a Canadian hockey team that was under so much pressure to succeed. On their home soil, icing a roster full of NHL stars, the entire country of Canada expected the team to win a gold medal.

And they succeeded, with over 80% of the nation watching.

Will this team still have that same "hunger" to win? It's seems impossible, since the stakes are so much lower. Will players like Crosby, Getzlaf and Weber want to win as badly this year considering they've already done so, which happened on a stage that they will never top? It's questionable.

With the USA looking for revenge, and the Russians now on their home turf and facing the same kind of pressure (if not moreso), Canada could run into some serious problems against teams with a lot more determination behind them.

But despite that caveat, Team Canada is still the overall team to beat, and they're not going to go down without a fight.

After all, the Mounties always get their man. 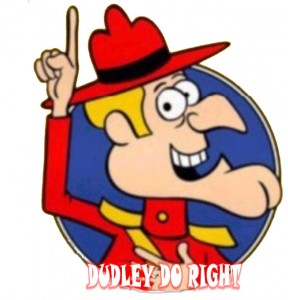