Get your mind right for American hockey.

Let's get right to it.

Charlie Kelly Goes America on everyone (via Whodey415)

The Olympics are here, and you are either with us or against us. Team USA enters these Olympics looking to get the gold medal they came so close to securing at Vancouver in 2010. In 2010 Sidney Crosby scored in overtime to steal the gold medal for Team Canada. This is the face of the enemy: 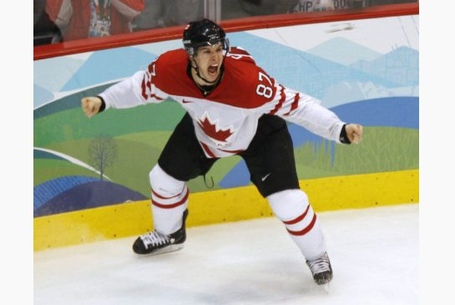 For the next two weeks this is also the face of the enemy: 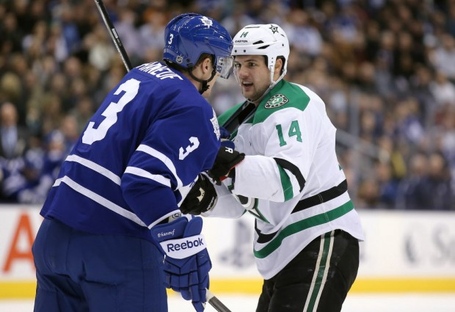 Team USA is one of the four teams with realistic expectations of getting on the medal stand. They aren't as good as Team Canada, but no one has been in a long time. They are as good as anyone else in the tournament, especially with players like Henrik Sedin, Johan Franzen, Steven Stamkos, Valtteri Filppula, and Mikko Koivu dropping out of the Olympics due to injury.

The strength of America is offensive firepower. Phil Kessel, Patrick Kane, and Joe Pavelski are elite offensive players. They have 87 NHL goals between them this season. Max Pacioretty and James van Riemsdyk are also both in the top 20 in the NHL in goals this season. Blake Wheeler is 22nd. This doesn't include Zach Parise who has only played 44 games due to injury.

Again, Canada is deeper. Of the top 22 goal scorers, seven are on the Canadian roster, but six are on Team USA. This team has the offensive fire power to compete with anyone. The Americans are also taking several high quality two-way forwards. David Backes, T.J. Oshie, Ryan Kesler, and Paul Stastny give the US a defensive conscience without subtracting much from the offensive identity of the roster.

Dustin Brown is also there.

Via The Royal Half

Defensively is where most of the controversy with this team came in. Keith Yandle and Dustin Byfuglien should be in Sochi. They aren't. The group is appropriately led by Ryan Suter. Joining him are Justin Faulk, John Carlson, Paul Martin, Cam Fowler, Brooks Orpik, Kevin Shattenkirk, and Ryan McDonagh. This group has some ability, but it's easily the weakest link of the club.

Can Fowler hold up defensively? Does Orpik skate well enough to be useful on an international rink at this point? Will Paul Martin survive the trip to Sochi? These questions will be answered almost immediately. Team USA's second game is on Sunday when they host Russia in Russia. The speed and talent of Russia is going to show us how far this American team can go. If the defense can hold up against Alex Ovechkin, Evgeni Malkin, and Valeri Nichushkin they can hold up against anyone.

Ryan Miller, Jimmy Howard, and Jonathan Quick will man the nets. Potential Vezina Trophy winner Ben Bishop is sitting at home due to a lack of a professional track record, but with the way Miller has played behind the terrible Buffalo Sabres club this season it shouldn't matter. Miller should be the go to guy for the Americans once again.

Miller is the ideal goalie for Team USA. The previously referenced terrible Sabres team he plays behind gives him a unique experience set which is perfect for the upcoming tournament. The US defense is poor, but it can't possibly be as poor as the one he has played behind all season. The questionable defense is going to look like a unit of six Zdeno Charas compared to what he is used to. He may not allow a goal all Olympics.

Expectations are high for this group. If all breaks right they could win gold. They should at least medal on the strength of their offensive talent alone.

Yet, sometimes talent isn't enough. Sometimes you don't need the best players. Sometimes you need the right players. Herb Brooks has some words for our Olympians as they prepare for competition in the heart of the Soviet Union:

The time for redemption is here. God bless you, and God bless the United States of America.