The following is part of a larger season preview that will premier on SB Nation.com's main NHL hub on Monday. The questions were provided to us by SB Nation.com's NHL staff.

1. Is Valeri Nichushkin a real candidate to win the Calder Trophy? 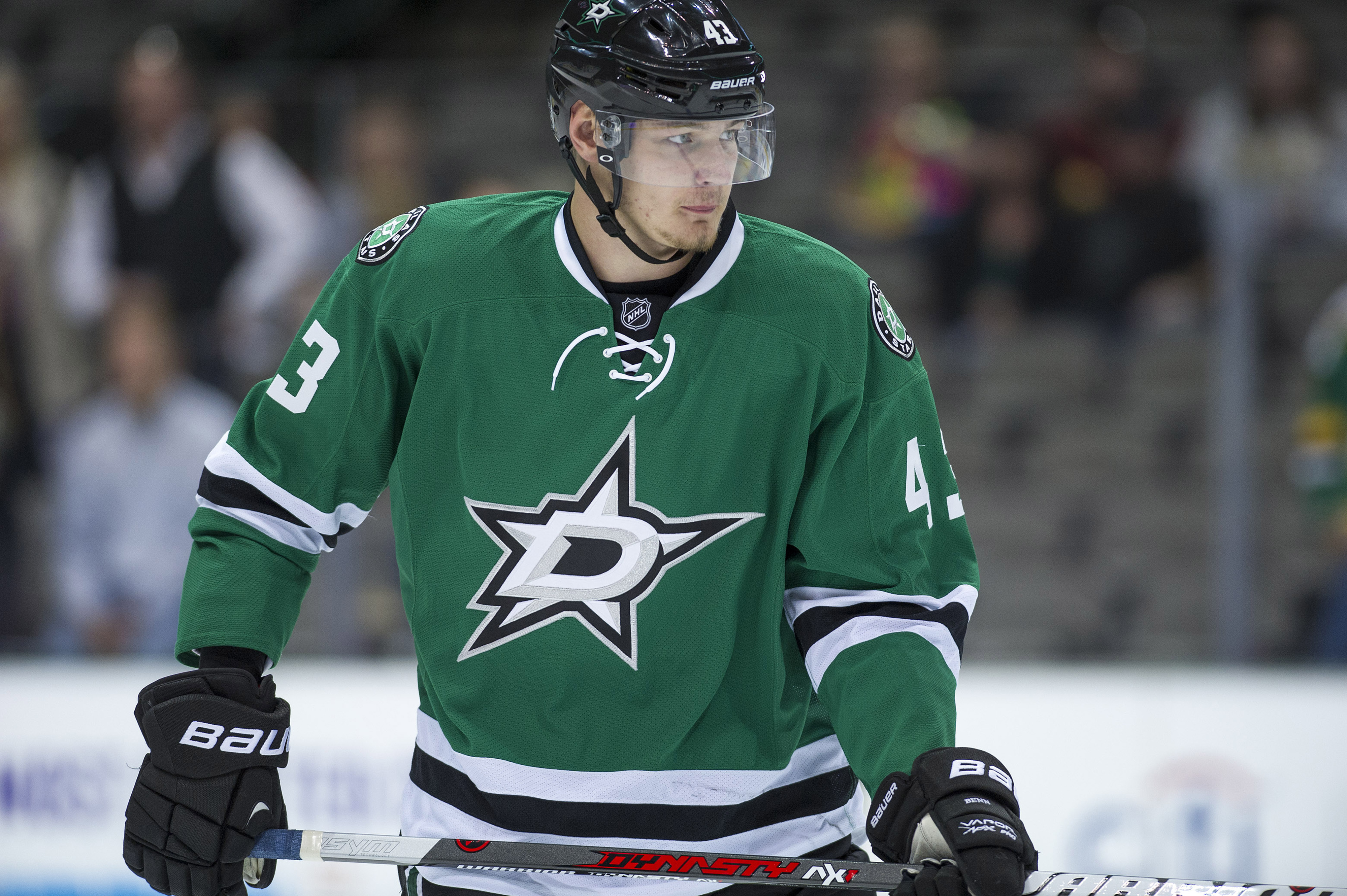 Nichushkin is a tantalizing entity in Dallas right now. His namesake on new Stars' jerseys already populate the American Airlines Center, yet he's never played an NHL game. He is the first first-round draft pick in the history of the Dallas Stars to (presumably) be on the opening night roster in the same year.

To say there is excitement surrounding him at every touch of the puck is an understatement, but does he have what it takes to get the minutes he would need to become a viable Calder Trophy candidate?

He's played on the power play in the preseason. He's played four-on-four. He's regularly occupied a spot on the right wing along side Cody Eakin and Shawn Horcoff. He scored three times, even, but in Dallas' dress rehearsal Thursday night he was on the "third" line, as Erik Cole and Alex Chiasson have far and away earned the spots above him. His bullish play is effective only sporadically. His turnovers and tunnel vision are a concern.

That situation gets even further complicated with the eventual return of Rich Peverley to Dallas' lineup, and he'll certainly warrant significant minutes, eating into Antoine Roussels' and Nichushkin's.

He'll be electrifying at times and frustrating at others if the preseason's been any indication. Succesful for an 18 year-old? He certainly will be. Calder Trophy candidate? We don't know about that.

2. What impact, if any, does Gonchar have in helping a weak defense? 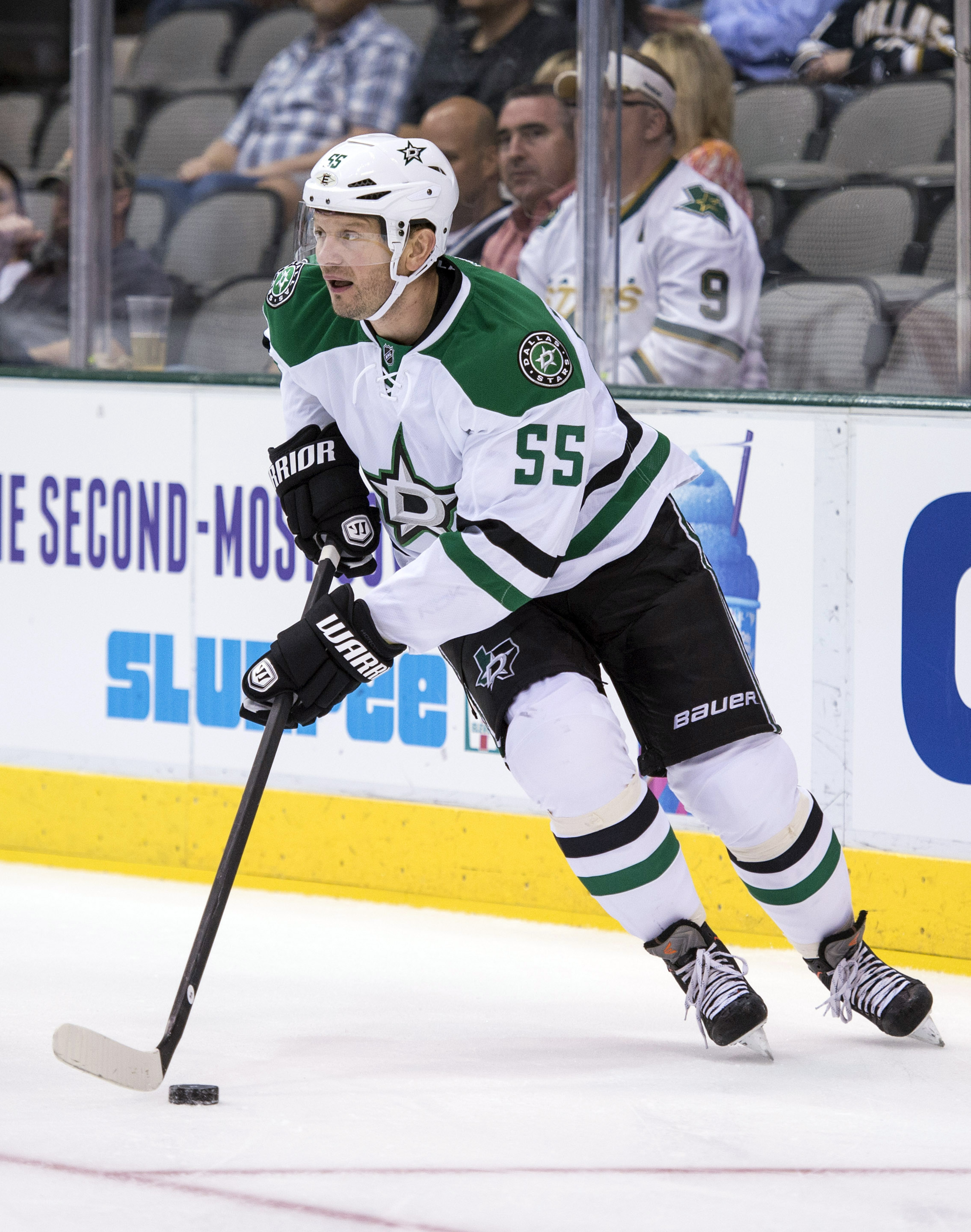 The Stars surrendered 31.0 shots against per contest last season, one of the worst rates in the NHL, and it's been said and said again that the only thing they did about it was acquire a 39 year-old defenseman.

He'll help on the power play. He'll help in the transition and puck possession game the Stars hope to cultivate as things progress. But can he help on the back end? Is he a "defensive defenseman?" Common wisdom in the community seems to point to the negative, but his experience will have value for a group that has sought a true leader since Sergei Zubov's departure.

Gonchar will, if early indications prove accurate, play with Alex Goligoski on the ice and translate for Valeri Nichushkin off of it. Bringing Goligoski's overall game back up to previous levels could be his greatest contribution while here, potentially out-lasting his short tenure, and the same could be said of helping Nichushkin adjust to North America.

Improvement to the defensive play of the team, however, must come from all 18 dressed skaters. Even more than that, it will come from a revamped coaching staff and a new general manager. As much impact as Gonchar will have, theirs will ultimately decide if things tighten up defensively or not in Dallas this year and next.

3. What's the change in scenery and increase in responsibility do for Tyler Seguin?

Loui Eriksson and Jamie Benn. That was the refrain from Stars' brass about the core of this team since Tom Gaglardi took ownership in November of 2011. To break it up seemed a real shame.

Yet Tyler Seguin entered the picture, among the Twitter accusations and fond send-off by Boston media, and a funny thing happened. Benn and Seguin, seemingly immediately, forged a partnership off the ice that predated a strong one on it in the preseason.

That's an important difference for Seguin, who has said repeatedly that all of his Boston teammates would go home to their wives, leaving him to seek his peer group - Young men who did not carry the burden of being a star NHL player around with them. They were young men with probably very little at stake, and Seguin couldn't help but be affected by that, even though the responsibility was ultimately his.

In Jamie Benn and Brenden Dillon Seguin now has friends that carry with them that same responsibility. Benn has been named captain. You'd like to think that they can hold each other accountable to do the right things away from the rink. They're spectacular on it already.

If Tyler Seguin has done anything indicative of a debauched lifestyle since arriving in Dallas no one has yet heard tale of it. Of course, in Dallas the media isn't going to seek to publicly lambaste him if he does anyway.