Jason Arnott is skating with the Dallas Stars in Frisco

Are the Stars looking to bring the veteran center back to town?

Share All sharing options for: Jason Arnott is skating with the Dallas Stars in Frisco

Intrepid journalist Taylor Baird noticed something strange at the public skate going on in Frisco earlier today. Someone who looked suspiciously like Jason Arnott was skating around in a Dallas Stars practice jersey.

Then, video of the skate surfaced thanks to Mark Stepneski. The general consensus around here was that, yes, that appears to be Jason Arnott. I took the video and made a couple of screenshots. 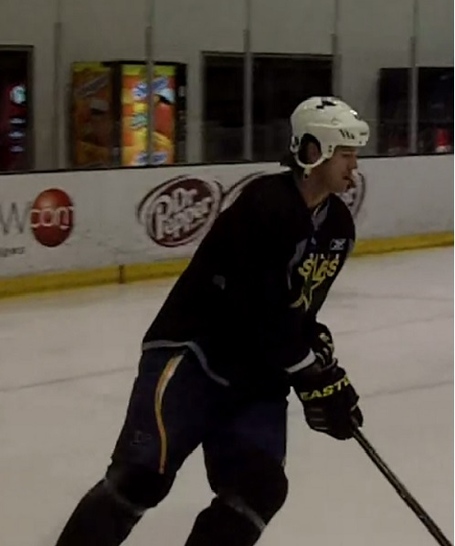 The player is a right shot. He's large. He also looks like Jason Arnott. The giveaway is the helmet. That is no Dallas Stars helmet. It's a St. Louis Blues helmet. Jason Arnott was a member of the Blues last year. 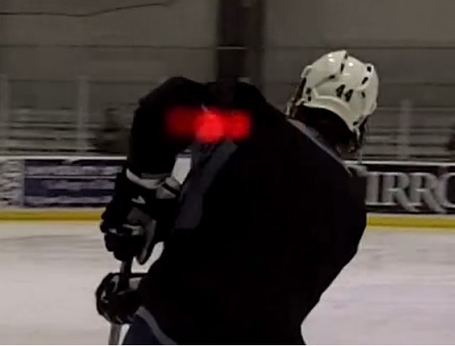 The Blues helmet is also adorned with the number 44. Arnott wore number 44 in Dallas, and last year in St. Louis. I hadn't really put much thought into the Stars acquiring another center, especially an older one, yet there one is skating with the Stars.

Let's assume, for the sake of discussion, that the Stars are interested in signing Arnott for the season. Does he have anything left?

The short answer is: "No". At this point he isn't a viable top nine option. At his age and production he's a fourth liner at best. The last four years he's been used progressively less in difficult situations.

As recently as the 2010 season he saw decent competition and about half of his faceoffs in the offensive zone. The trend as he has aged is unmistakeable. It would be one thing if he were still an offensive threat. Unfortunately, that isn't the case.

Last season in St. Louis, Arnott produced 1.44 points per 60 minutes at even strength. Tom Wandell was at 1.39, and we know how well his offensive abilities are regarded.One thought is that the Stars want Arnott to help with faceoffs. It's an interesting idea, but the last three years he's been right at 50%. He's no faceoff specialist.

Statistically the Stars have little reason to be interested in Arnott.

The appeal of Arnott comes from everything else he could bring I imagine. He does bring a veteran presence. He does bring leadership. He could be a big body down the lineup who could help some of the Stars younger big players get accustomed to the NHL level. Someone like Alex Chiasson could benefit greatly from spending a few months around Arnott.

Above all else, at this stage in his career it would be hard to imagine anyone viewing him as more than a fourth liner. The cost would have to be minimal, but then again the Stars are so far under the cap that an ugly deal covering 48 games will end up not mattering at all.

There are only three ways that a Jason Arnott contract could hurt the Stars. The first is if he blocks the development of a young player. Outside of Cody Eakin, the Stars don't have any prospect centers begging for ice time this year. The Stars also shouldn't give away a potentially valuable piece to pick Arnott up. That shouldn't be an issue either since the biggest casualty would likely be Wandell. I think they'd survive. The other possible issue would be if he got pushed up the roster for some reason like Vernon Fiddler last season. That could be problematic, but all three scenarios are very unlikely.

I feel like I should be against it, but then again it doesn't seem like a big deal one way or the other. With training camp on the horizon and the ratification of the CBA imminent we should know if Arnott will be rejoining the Dallas Stars fairly soon.