Our resident Finnish correspondent gives us a local view of the top three Finnish prospects in the draft.

Note. "Material involving these three players is very different, since Alexander Barkov Jr. and Rasmus Ristolainen already had very good profiles. This material will not involve statistics or normal material. The idea is to tell things, normal profiles might not and the material is mostly something these players or some source involving them gave away in Finnish."

There are three Finns in the draft this year that might go during the first round. Alexander Barkov Jr., Rasmus Ristolainen and Artturi Lehkonen. Alexander Barkov Jr. is the one the Stars probably will not get. He is the top European in this draft, the son of Alexander Barkov, a hockey player also. Barkov is the type of player that can and will do pretty much everything the coach would ask. The whole hockey world is looking at him right now and I could probably write many articles involving him, but Defending Big D had very good profile of him and there is not much to add. However, I will add something that came up with Finnish material.

Barkov played with Ville Nieminen in team Tappara, Tampere. Ville Nieminen told in one podcast that Barkov did whatever the team asked and could play pretty much every role the team wanted. He also made his line better. Ville Nieminen played 57 games and had 22+28. In standards of the Sm-Liiga that is a lot and Nieminen gave Barkov some credit for a reason. Some of you might remember Nieminen when he was a part of the Avalanche or the Flames and scoring might not be the reason.

Coach Jukka Rautakorpi is also very demanding coach, so it's more than impressive that Barkov got his minutes and so many responsibilities. I also don't want to take anything away from team Ässät, Pori, but without Barkov's injury Tappara would have been able to make the finals much harder. My gut feeling says Nashville Predators will get him. People like Joe Sakic have also praised Barkov, but I get the feeling that it's Nathan MacKinnon they are after. As Brandon wrote earlier the price of getting Barkov would be so high, it isn't worth it. 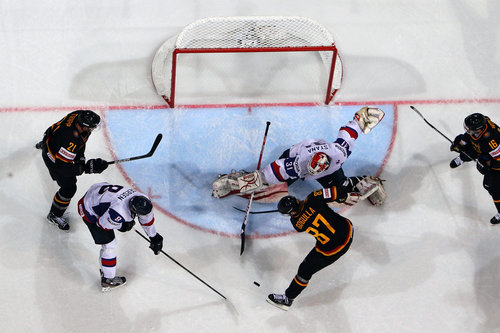 We get an in-depth look at European hockey, especially in the Finnish leagues, with a great perspective from across the pond.

The Stars probably will not get Barkov, but Rasmus Ristolainen they might, some of you might want a player like Ryan Pulock or simply a forward though. I would prefer a forward myself, but if the Stars get Ristolainen, the Finn in me will be more that excited. Native of Turku still needs some time and the Stars are normally patient with prospects, this is what Ristolainen needs.

Defending Big D had very good profile of him also, so there is no reason to tell the same things of Ristolainen either. However there are some things I should add. Ristolainen is physical, he has size and is very good with the basics. He is also a right-handed shooter, something the Stars need. These things are also worth repeating.

The reason why he would be a good pick for the Stars is the same reason why some think they shouldn't pick him. Because this team has so many defensive prospects, the Stars wouldn't have to rush him and in the end might get a way better player than some other teams. He needs time, since he is still too eager sometimes. He can be mean and has no problem with hits, even if he's physicality is more being physical in front of the net. Sometimes the problem though is that he might go after the wrong guy and create something his team wouldn't need.

This is not a big problem, since he is young. He is the fourth youngest player to enter the Sm-Liiga. His team TPS Turku will have coach Kai Suikkanen back next year and he is a great motivator. Last time he was with the team, they won it all. Suikkanen would also help Ristolainen more with his offensive abilities and defensive awareness, they both need some work. Unlike teams like the Flyers, the Stars have the luxury to wait and Ristolainen would get at least one year more in Sm-Liiga. After that he could join AHL, since the smaller rink would take some time.

I personally think all European prospects should stay at least one full year in AHL, even Barkov. Ristolainen has played only in Finland, so as ready and mature as he may be, he might need more time in AHL than many think. This is also not a problem, since the Stars have time and can be patient.

In the end Ristolainen might be a good pick. The problem with this is, the Stars need forwards more than defenders and they also have a prospect like Patrick Nemeth who has some similar skills.

He is a native of Piikkiö, it's also near Turku, and is part of a bigger hockey family. His father Ismo Lehkonen was a player and is now a respected coach. His uncle Timo Lehkonen was also a player and is also a respected coach now. He played a long time in Turku, before he went to team Kalpa, Kuopio. The hockey scene in Turku was the one he was familiar with and when he left to Kuopio, he did it because he felt that Turku was "too safe and familiar". When he made it, his confidence jumped sky high. It is something the Stars should like, since it's not very easy to make the jump from Europe to Northern America. It's also a good thing to remember that when Ristolainen was born in 1994, Lehkonen was born in 1995 and is therefore even younger.

As a player Lehkonen is a skilled winger who loves to score, he is good with the puck and his stickhandling is good also. He is not very big, but he is not afraid to go to corners and get his hands dirty. The problem with this is, he might get injured because of his size. He already is familiar with concussions and that's why he might fall in the draft. This is much bigger warning sign than his size or how well he might translate his game to a smaller rink. Then again, even with this, his attitude is encouraging. Jarkko Ruutu pretty much destroyed him last season. When the media in Finland was ready to butcher Ruutu, Lehkonen thought they took it too far and was just embarrassed and his idea of revenge was to score as much against team Jokerit Helsinki as possible.

Kalpa Kuopio is also "Team Kapanen". Kimmo Kapanen pretty much makes the decisions and he fired coach Tuokkola during the season. With this environment and history of injuries Lehkonen was still the rookie of the year in Sm-Liiga.

Detroit is not afraid of players who need time and are not very big. If Jim Nill feels this way, Lehkonen is someone they should definitely look closer.

Rasmus Ristolainen and Artturi Lehkonen are both also from Turku area. This is a good thing, since Turku is a hockey town. There are many good players that come from that area. Koivu brothers, Kiprusoff brothers, Petteri Nummelin, Antero Niittymäki, Sami Salo, Joni Ortio, Lauri Korpikoski and many others. Players from this area are very competitive and the hockey scene in Turku is well respected.