NHL 13 has been out for a month, and a month is plenty of time for opinions on the game to marinate enough to compose a review of the latest EA Sports hockey release.

The task of coming up with a new and interesting product using basically the same exact source material with a few tweaks sounds utterly exhausting. Yet, that's the problem sports video game designers with any tenure face. So It feels appropriate to begin this critical review of NHL 13 with an acknowledgement of the difficult task they face. They have a thankless job at times, regardless of the quality of their product.

With that being said, the designers threw a lot of new content into their 2013 edition of NHL and ended up producing a quality product. Some of it works really well. Other aspects of the game either drag significantly or leave a lot to be desired. NHL 13 comes across like a Shock and Awe military campaign. The game unloads numerous interesting, but flawed, new features and in-game improvements quickly with the intent of picking up the pieces after the initial assault/launch. GM Connected, in particular, is incredibly annoying.

The biggest issues with GM Connected have little to do with the actual game mode at all. The problem is that the entire mode is stored on the EA servers. The game requests information from the EA servers constantly. Every. Single. Time. You. Change. Menus. It. Reconnects. To. EA. It's very annoying, no? Navigating menus in GM Connected is the biggest beating I've ever gone through to play a video game. There has to be a reasonable solution to this problem for NHL 14.

The game itself is quite improved though. There are still some strange AI decisions from time to time, but no video game AI is going to be perfect. The more offensive approach noticed in the demo is very noticeable in the full release. The computer AI tries to complete more stretch passes, is more aggressive on the forecheck, and gives you less time to make decisions with the puck even on lower difficulty settings. The improvements make for a much more realistic game.

The skating improvements are where NHL 13 makes it's name. They add another level of strategic thinking to the game that has always been missing, but you never really could comprehend the fact that it wasn't present. Strategic skating is actually an offensive weapon now. It is very satisfying to lull a defenseman into a false sense of security by skating up to him slowly only to put on the jets to blow past him.

My personal favorite part of the game is a glitch documented on video (in a very over the top way) by Bleacher Report. I've taken three screen caps that demonstrate how crazy, but awesome, the glitch is. In the first screen cap we see Zdeno Chara lining up to maim Sidney Crosby. 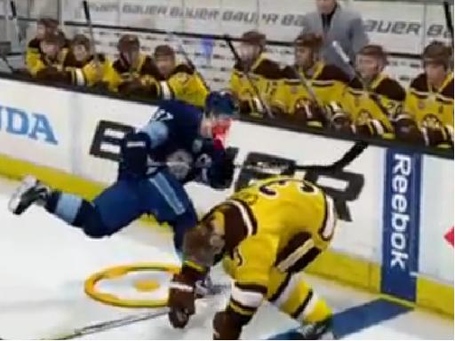 In the second screen things start taking a turn for the worse. You see Crosby basically standing up one foot over the bench. This isn't good, but it isn't all out chaos yet. 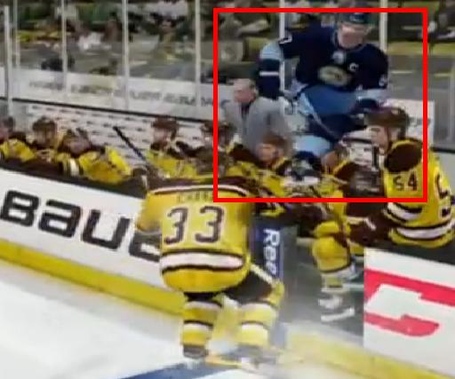 Screen three is when things are completely chaotic. Crosby is basically laying on his stomach and completely over the glass BEHIND the bench. 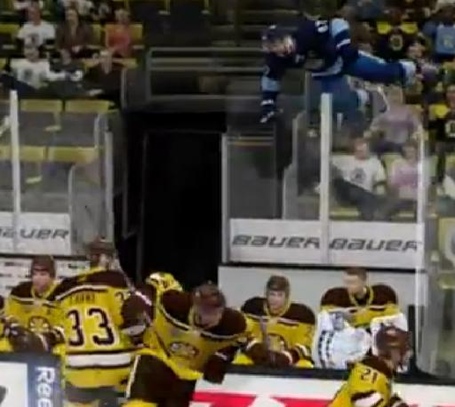 This is obviously hilarious, but in a game banking on realism this check stands out as really silly. The updated physics have some rough spots. You can Google NHL 13 checks and find numerous other examples.

Overall the game is a large improvement. GM Connected is fun and both the AI and skating improvements make it a worthy purchase whether you're a consistent NHL series owner or not.