Hockey was in the air today at the Galleria where the Dallas Stars held their annual ice breaker event. The ice was indeed broken with fans getting to know some of the new faces on the team and welcoming back the old ones. As usual, the Stars players were very generous with their time and attentions, and the crowd was quite a large one.

The event was tinged with the sadness of this past week of course, but the excitement for the coming season and the reunion of so many hockey nerds of the Dallas Stars family in one place was cathartic. At least for me it was.

This very time next week they'll be assembled in Prince Edward Island and working hard on installing new head coach Glen Gulutzan's systems. The preseason is not far away.

Remember to keep an eye on the Stars prospects first game in Traverse City starting today at 3:00pm Central here.

A few pictures after the jump... 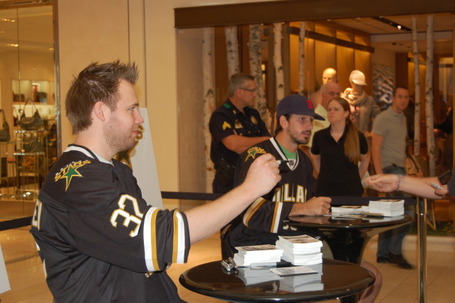 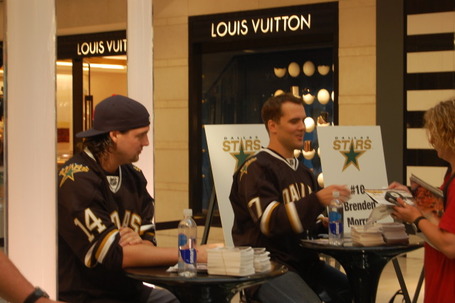 Jamie Benn is sporting some longer hair this season. 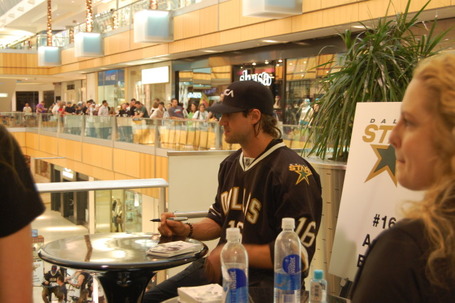 Adam Burish sat all by his lonesome. 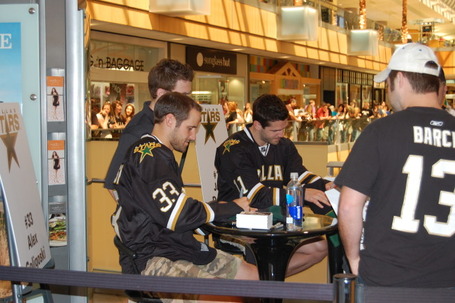 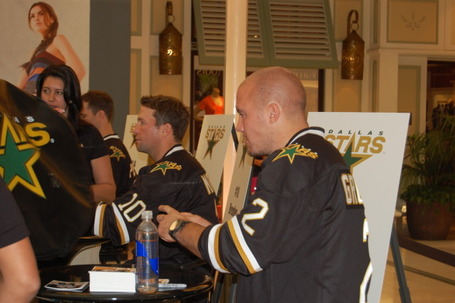 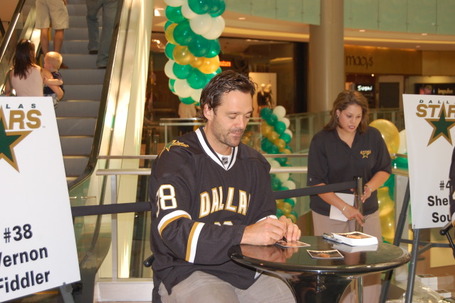 Vernon Fiddler won three faceoffs just while I was standing there. 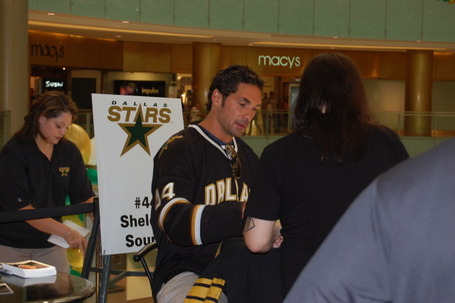 You can't see, but Razor was standing right behind me here with a sign that said "I LOVE YOU STUDLY WONDER-BOMB!!" 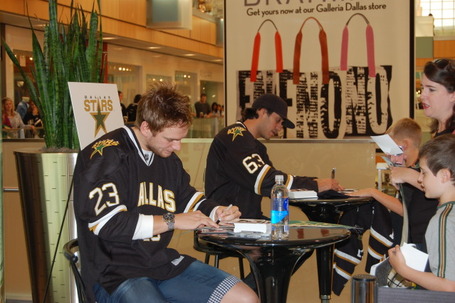 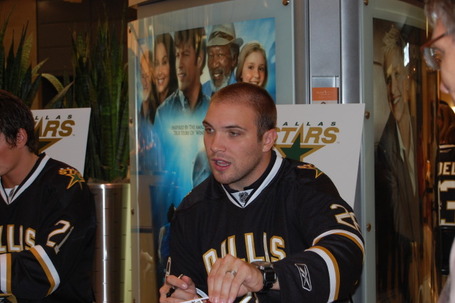 Marc Crawford was standing there with Jeff Woywitka trying to have him sign things instead of Fistric but security threw them both out. 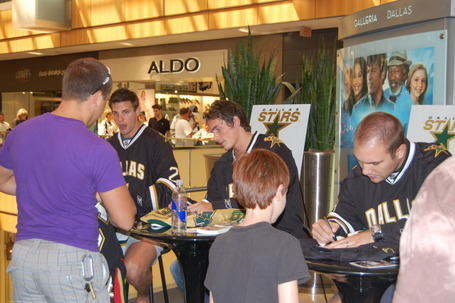 Loui was Pardying with Pardy 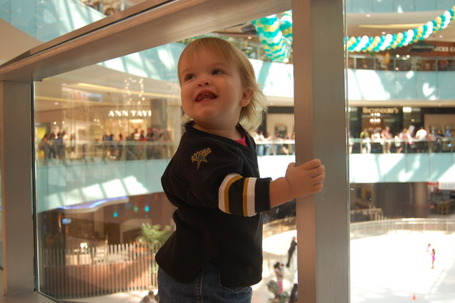