Share All sharing options for: Seeing Red: First Win Of The Season

The big news out of Allen this past week was signing Trevor Ludwig, son of former Dallas Stars player Craig Ludwig. He joined brother Tyler Ludwig in Allen when he signed on Friday, October 28, 2011. Trevor factored into the scoring on Friday night when the Americans traveled to take on the Texas Brahamas.

This past weekend also saw Americans' forward Jason Deitsch first regular season game visit to his old stomping grounds. Deitsch was the team captain for the Brahamas last season, and this summer he said he wasn't expecting to get a good reception when he returned. How did his new team do when they went to Fort Worth last Friday?  Follow the jump to find out.

Allen played there most complete game so far this season, with Bruce Graham leading the offensive charge with his 3 point night. They got goal scoring from five different players on the squad. They got blueline scoring, they got forward scoring. If one had to pick out a bad side to their game, it was that they couldn't convert on the man advantage on three tries. On the flip side, they also didn't give up any powerplay goals to the Brahamas. All in all a fairly

The second game of a back-to-back, Allen saw themselves get into a lot of penalty trouble against the Thunder. The Americans put themselves on the penalty kill a total of six times. They only let in one goal out of those six times, so the penalty kill was fairly solid. The Americans scored one powerplay goal of their own on three tries, a slight improvement over the night prior in that area. After trading two goals apiece in regulation, the game eventually went to the shootout where Wichita prevailed. An interesting note: Wichita has never beaten Allen in regulation, and Allen has only ever lost to Wichita twice.

The Allen Americans (1-1-2, 4 points, 4th in Berry Conference) will host the Arizona Sundogs (1-3-1, 3 points, 5th in Berry Conference) both Friday and Saturday night this weekend. This weekend is also military appreciation weekend, where the Americans will boast military themed jerseys to honor the men and women who serve or have served our country. Both teams are struggling to find consistency in the wins column, so expect both teams to play with an edge of desperation this weekend. It's a good opportunity for both teams to find a bit of their stride and pick up some very desired points in the standings.

I couldn't decide between Mike Berube's confessed obsession with X-Factor or his dog. The dog always wins. And Berube (@Berube12) has a very pretty dog named Dolce. They hang together a lot. 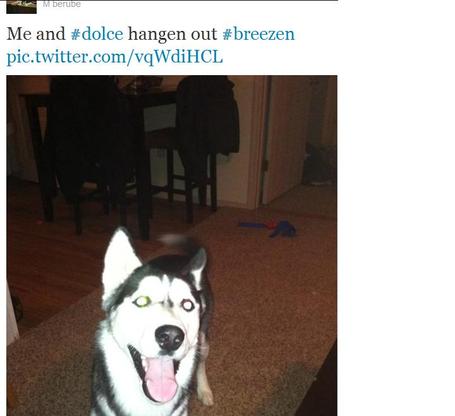