An Evening in Cedar Park With the Texas Stars

Share All sharing options for: An Evening in Cedar Park With the Texas Stars

I love the American Airlines Center. I really do. I often refer to it as my own personal "happiest place on earth.' I can't wait to get back there in September, because it is my hockey home. Last weekend, however, I hockey-cheated on my dear, sweet AAC and made the relatively painless drive down 35 to Cedar Park, Texas and the Cedar Park Center.

Guess what? At the risk of overstating my experience, "It freaking rocked."

There's something so intoxicating about the rabid minor league hockey crowd. The buildings are small, the music is loud, and the hockey, while not of the NHL caliber, is often physical and every bit as intense. I lived in Jacksonville, Florida for a few years in the mid 90's and was lucky enough to attend "Jacksonville Lizard King" games; An ECHL team. Unlike the Stars they played in an absolute gutter of a facility, but that same rousing spirit was there. After only a season Cedar Park is being treated to a lengthy playoff run now guaranteed to see it's 18th game on Wednesday.

(I've also had the pleasure of attending a "Knoxville Ice Bear" game in Tennessee. The crowd was as entertaining as the game. Maybe more. We overlook minor league hockey in this country sometimes, but it's one hell of a good time...)

If Friday night (game 4) was any indication, the fans at CPC are giving as good as they get from the boys in green and black. I was thoroughly impressed with the entire evening from the staff, the crowd, and the building to the product on the ice.

After the jump, a few pictures from the night that was in Cedar Park and a hasty video I grabbed of Jamie Benn being announced the game's #1 Star (of course)... 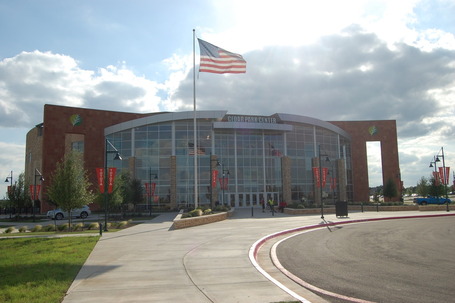 Advantage #1 of the smaller, more intimate setting: Parking. There's parking all around the building. The most you're going to walk is about a minute if you're unlucky, slow, or old err slow.

I remarked to Stephen of Hundred Degree Hockey, who is a season ticket holder there, that it would be like chopping off the top half of the AAC (and then some) and putting the roof back on it. The confined space makes it LOUD.

Adding to the delightful cacophony is the goal horn. Goal horns must come "one size fits all" because this thing is impressive. It's got to be the same goal horn you'd find in any number of larger NHL arenas, and in that smaller space it blows your face off. It's awesome. 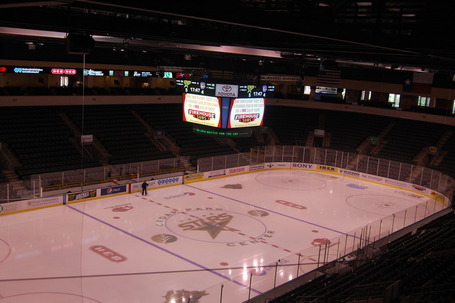 Art pointed out a disparity in attendance between Cedar Park and Hamilton the other day. It's interesting. It's not evidence of some larger issue with hockey in either place. We all know what hockey is in Canada. What it means to Canada. Still, it's interesting.

I think we're tempted to wonder if the novelty of it is drawing people there, but I didn't see much evidence of that. Just the opposite. At an NHL game in Dallas or Los Angeles, etc, you'll invariably see segments of the crowd that are there for very different reasons. Many of them are going out later and couldn't care any less about the hockey. Some of them are just trying to find a place to take their Crosby jersey out for a spin. (I'm being serious)

All of these reasons (the novelty of it) were not why they drew a sellout crowd the night I was there. I walked around the concourse for a while before the game and what I saw were serious Stars fans. It's part of my jealousy, really. What they have there is the simmered down Sunbelt Crowd. If you were to take the best 6,000 out of the AAC and place them in a smaller space, you might have a crowd that sounded like that. They were interested in one thing: Hockey. 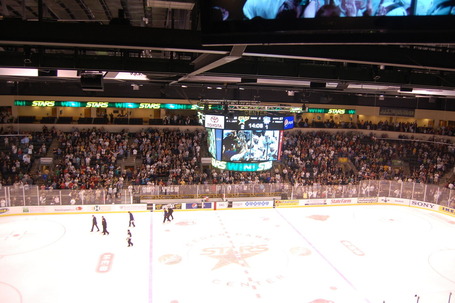 Am I exaggerating? Probably some, yes, but that's the kind of impression they left on me. I will definitely be driving down there next year to see some action sans press box (Though, the press box was pretty nice too, and a very nice view to boot.)

As long as I'm lathering on the praise, let me mention a guy by the name of Josh Fisher. You might know him as the voice of the Texas Stars radio broadcast you've been listening to on theahl.com He's also the PR guy for the Stars. He's the guy you email if you have a question. He's the guy I talked to about access. He let me in the door when I got there (I'm serious.) He went down to the locker room after the game to collect audio with the rest of us. The guy is everywhere, doing everything, and besides Jamie Benn, might have been the hardest working dude in the building. So...hats off to that guy.

So that's it. Here's my final word on the place: It's great. Get down there next year and see a game. I can't promise it will be third-round-playoff-crazy every night, but I bet it will be a good time. They're doing real good work down there, building something where there was nothing before. It's good for the Dallas Stars. It's good for Texas, and it can be good for you too.

Now, as a Dallas fan, you might have to wrap your head around stretch passes down the middle for Francis Wathier being a "good idea" or an Andrew Hutchinson spear-headed rush into the offensive zone being one of their best options, but we'll save the hockey talk for another time. It was interesting, having seen so many of these guys on callups at the NHL level, to realize that they're completely different animals in an AHL setting. They still hit plenty hard, I'll tell you that. 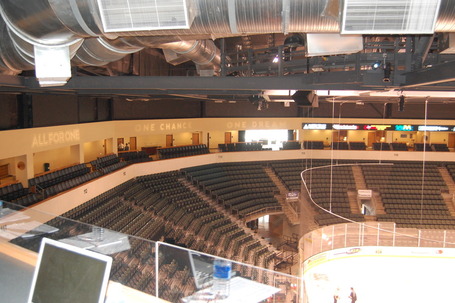 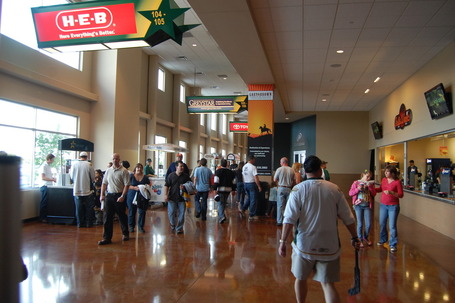 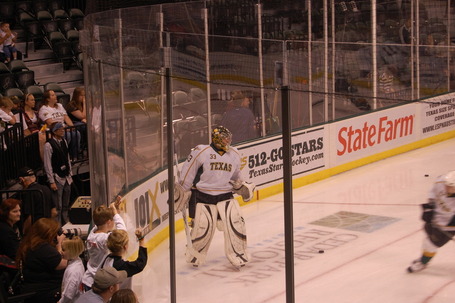 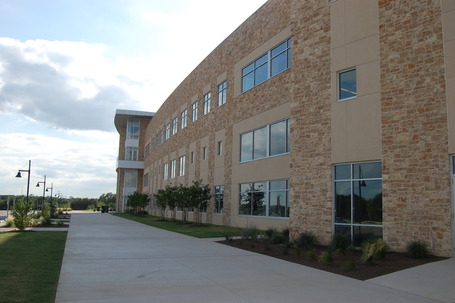 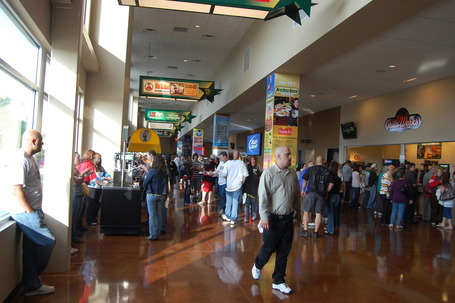 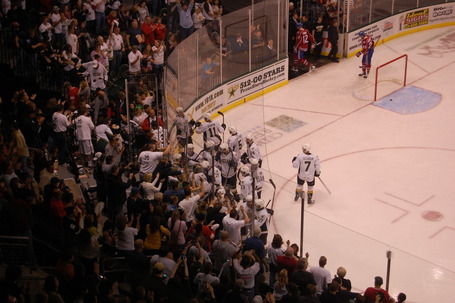 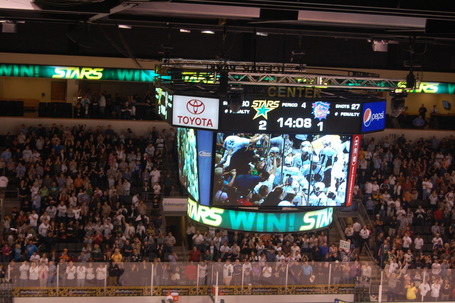 And here's a brief whiff of the sites AND sounds of Cedar Park Center. I was standing, taking in the moment of the OT winner when it suddenly dawned on me that I should get a video before we ran down to the locker room. My apologies on the brevity and haste...