Share All sharing options for: Saying farewell to Sergei Zubov

This is a tough day for Dallas Stars fans. A moment that we pretty much knew was coming is here, and the best defensemen in franchise history is moving on.

There are a lot of things that come to mind when thinking of #56 on the ice: heart, intensity, magical, loyal, joy. But perhaps the thing that sticks with me the most is that it was obvious that he just loved to play the game and he loved playing for the Dallas Stars. He was perhaps the most humble superstar that ever walked the streets of North Texas, and that is what I love most about him.

No matter some may feel about the circumstances surrounding his departure, there should be no doubt that the time he spent in Dallas will always be more than special. It was said yesterday and I echo these sentiments: the think that I will regret the most is that Zubov never received his one last ovation in front of the home crowd, one last circling of the ice with his stick raised high as the fans cheered on a great player. Hopefully he'll be back sometime soon for the ceremony when his number is retired.

When I was trying to come up with a good way to express how I felt this morning, I realized that I had already said it. I went back to an article I wrote a few weeks back when this was all still up in the air, and reading it now makes me pretty emotional.

So here it is again, my farewell to Sergei Zubov.

The following is an excerpt from "Preparing for the departure of Sergei Zubov", published on July 10.

For me, and I expect that I speak for Dallas Stars fans when I say this, Sergei Zubov is irreplaceable. He's one of a kind, a special player of the highest caliber. Watching him on the ice when he was at his best was like watching magic come to life. His legendary vision, skating ability and his touch-perfect passes have been a staple of the Dallas Stars for 12 incredible seasons. Trying to replace such a player, ever, is a near-impossible task. He is one of a kind and there will never be another like him.

For Dallas Stars fans, seeing Sergei Zubov play in another team's colors will be painful. Thinking of a Dallas Stars team that doesn't have him on the bench is a sobering and depressing scenario to have to face. Just like with all great players, their time eventually ends and the team and the fans must find a way to move on.

I don't fault Zubov if he signs elsewhere. No matter what team he may play the final year of his career for, he will always be a Dallas Star in the hearts of each and every fan. He was part of something special in Dallas for so long and we will cherish those memories as we move forward. 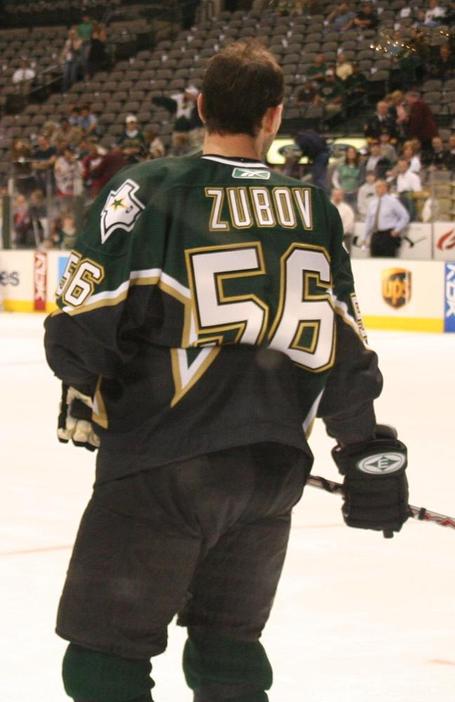