Roman Turek to return to the Dallas Stars

Share All sharing options for: Roman Turek to return to the Dallas Stars 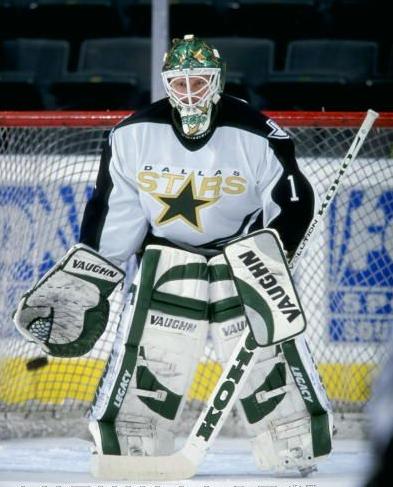 Former NHL goaltender Roman Turek will return to the ice for the Dallas Stars, and could be playing as soon as tomorrow night's game against the Calgary Flames. Turek played nine seasons in the NHL and announced his retirement from the NHL in 2005. Turek has been playing in the Czech Extraliga for the HC České Budějovice.

Turek started his career with the Dallas Stars and was part of the Stanley Cup winning team in 1999. In nine season with the Stars, Calgary Flames and St. Louis Blues, Turek posted career numbers of 159-115-43, with a 2.31 goals-against average. Turek's European agent, Sloof Lirpa, has stated that Turek has signed a one-year deal with the Stars and is already on his way to Dallas.

The Stars have decided to assign Tobias Stephan to the AHL to make room for Turek on the roster and it is believed he will make start the remaining five games of the regular season. Insiders say that the team still believes there is a good chance for the Stars to make the playoffs, but that drastic measures needed to be taken in net to still have a legitimate shot.

More to come as this develops.