This afternoon the surprising news that the Montreal Canadiens had fired their coach Guy Carbonneau. This comes one year after he coached the team to the top record in the Eastern Conference and the first division title for the team since the 1991-1992 season. Alas, the Habs weren't able to turn it into postseason glory with a secound round exit at the hands of the Philadelphia Flyers. This season, after a great start the first couple of months, the Canadiens fell hard back to earth. The team was surrounded with controversy, with reports of drunken partying, criminal connections and rifts within the locker room threatening to derail the season.

With Bob Gainey now stepping in as the interim coach, Guy Carbonneau becomes a man without a job. Coincidentally, not thirty minutes after the news broke my inbox was flooded with questions about how quickly the Stars could bring him on board as part of the organization.

My response: Not anytime soon. 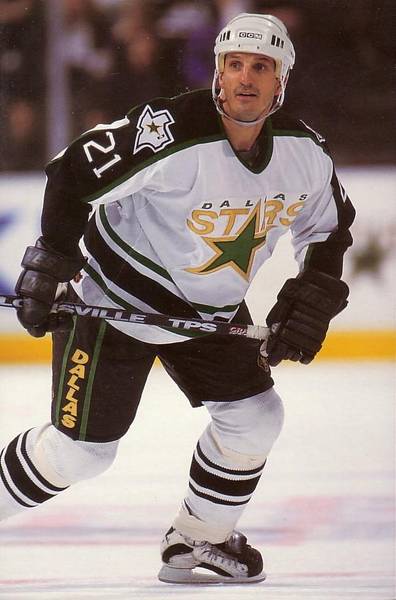 There are several players and coaches that will always have a warm spot in the hearts of every Dallas Stars fan, and most of them were key pieces of the magical Stanley Cup winning team of 1999. Joe Nieuwendyk, Mike Keane, Kirk Muller, Richard Matvichuk, Derian Hatcher, Grant Marshall, Pat Verbeek, Benoit Hogue and Dave Reid are all former players that most fans would welcome back with open arms in whatever job they wanted with the team. Craig Ludwig, Brett Hull, Mike Modano, Jere Lehtinen, Sergei Zubov and Daryl Sydor are all still with the team in some capacity and all of us hold on to them with dear life as a reminder of the glory the Stars enjoyed ten years ago.

None on the team represented the Stars heart, courage and hard working demeanor more than Guy Carbonneau. He had already one the Stanley Cup before and knew what it took to get there. He was instrumental in leading the younger players and was known during his time with the Stars as the fourth coach on the team; he just spent most of his time on the ice. He was a fan favorite in Dallas, just as always was in Montreal. He helped instill the old Montreal Canadiens work ethic in the Dallas Stars and he was key in helping this team win its only Stanley Cup.

Right now, there isn't a spot for Guy in the Dallas Stars organization. The Stars just extended the contracts of Les Jackson and Brett Hull and Dave Tippett has been one of the most successful coaches in the NHL since taking over in 2002. Bringing in Carbonneau as a "consultant" or "helper" just doesn't fit his way of working or his personality.

I could see the Stars bringing him on if the team was looking to rebuild in a major capacity. He would be the head of a vast reboot of the team from within and would be the spokesman for the new direction the team was looking to go. It would be great P.R. for the team after a disastrous season and fans would look at Carbonneau as a model for how great things used to be and a means to returning to what made this team great.

The problem is that the Stars are nowhere near that point. Sure, things aren't going well right now but most of it has to do with catastrophic injuries and not so much with the general makeup of the team. Other than the Sean Avery fiasco, the co-G.M.'s have done a great job in making small but very important moves to improve the team.

We all look back and remember Guy Carbonneau as the greatest defensive forward this team ever had. We see a player who we would love to have back in the Stars organization and we want the team to stop at nothing to get him back. Unfortunately, we only remember him as a player. Guy Carbonneau the coach is a completely different person and one who lost control of a very talented team in Montreal. Would I want him back in Dallas? Sure, but I just don't see where he fits in and I honestly don't know how much of a difference he would make.