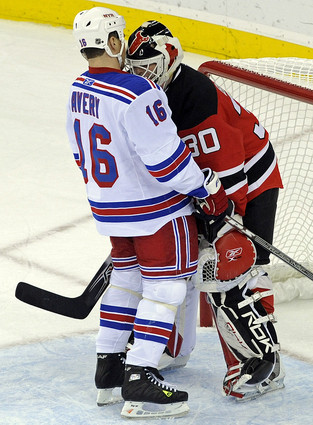 Sean Avery has been claimed by the New York Rangers. So he is back where he belongs, which is good. This also means the Stars must now pay half of his remaining contract which will count against the salary cap.

It's still a better deal than buying him out over the summer, which was the next option.

I was thinking about writing a long opinion piece about Avery and exactly how his presence in the locker room was the dividing force it became. But then I decided I didn't want to really spend any more time on a player I can't stand. Now he's gone and I can rejoice.

Does this help the Stars beat San Jose tonight?