Share All sharing options for: The wheels come off for the Dallas Stars in 6-3 loss 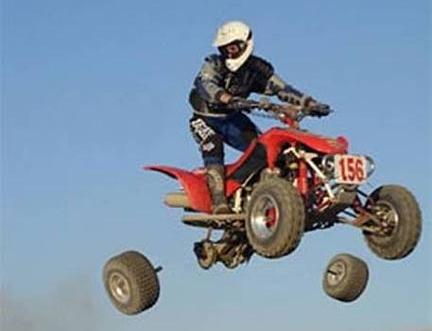 It was a must-win game, two very important points needed to keep any hopes of a playoff berth alive. For 30 minutes last night, the Stars played up to the task. Up 2-1 off a couple of brillaint plays by Mike Ribeiro, the Stars were in control and seemed on their way to their first win in six games.

Two final-minute goals allowed in the second period combined with a first-minute goal in the third shell shocked not only the crowd and fans, but the the entire Dallas Stars organization. What was once a 2-1 lead turned into a 4-2 deficit in less than two minutes of play. It's the kind of quick-strike attack the Stars have been succeptible to all season, and one they've never been able to fully recover from.

"We just can't sustain the good starts we are having, we are having a hard time keeping that level," Coach Dave Tippett said after the game. "We had a very good first period, but then we took two penalties and gave up the lead. We regained some momentum and then decided to turn it over about five times in the last minute of the second, they got a couple soft goals and that was it."

How fitting it was then, that Stephane Robidas went down with a lower body injury in the final minute of play after being tripped up. He's legs twisted beneath him as he fell, Robidas immediately rolled in pain. HIs pounding of the ice in pain and frustration proves to be the perfect example of how this season has gone for the Dallas Stars.

The strong first period, the great start to the game followed by second and third period meltdowns has become a theme for the Stars lately. Mike Ribeiro opened the scoring with an incredible between-the-legs shot from in close, and helped give the Stars the lead again with deft puck-handling and a perfect pass to Matt Niskanen in the second period. After that point, it all just fell apart.

"I think everyone saw the outcome of the game and it's not acceptable," Ribeiro said. "We cannot find an excuse. It's our fault and that's what happens when you don't play as a team. Overall, we gave up goals that we shouldn't on the rush. It's everyone, it's not one guy. Everyone let down. We should've won."

Marty Turco followed up a solid shutout on Thursday with yet another shaky performance in net. In the past four games, Turco has allowed 16 goals but most frustrating is when the goals are scored. Too many times the Stars try to push back and gain momentum, only to allow a game-breaking goal not soon after.

"That's the disappointing thing is when you feel pretty good and have such big letdowns with goals that the team needs you to have," Turco said. "I was there for most of them and just didn't go my way at all. They get some momentum and they come back and scored. Those are times you need to stop it, especially when the games still tied."

Even through all the injuries and the frustrating losses, the Dallas Stars are not looking for any excuses. The Stars have now lost over 310 man-games to injury this season, a number that exponentially rises each day. Yet the players that are healthy accept the responsibility for their play on the ice and know that it's up to them to find their way out of this mess.

"What do you do? We just have to dig a little deeper and maximize your potential. The injuries are not helping, but we will not have any excuses," Matt Niskanen said. "We seem to do a lot of good things early, getting leads and dictating play but then we get away from our game. We have to change that now. we don't have time to fiddle-faddle around."

Although there is just seven games remaining in the season, with the Stars falling even further behind in the playoff hunt, don't expect any of the players or the coaches to give up too easily. This has always been a team known for its work ethic and it's team mentality and that's an outlook this team will maintain until the final game of the season is played.

Dave Tippett is frustrated yet is still focused on getting the most out of his team. Right now, it just doesn't come as easy as it used to.

Notes on the game:

Cory Stillman, Florida: A goal and two assists and casued problems for the Stars all night.

Jay Bouwmeester, Florido: Led all skaters with 29:11 of total ice time and finished with two points. His PPG in the third negated any momentum built by the Stars.

Mike Ribeiro, Dallas: Once again showed his incredible puck-skills and patience, with an incredible between the legs goal.