Share All sharing options for: Sean Avery officially assigned to the Hartford Wolfpack

Sean Avery is back where he wants to be, in the New York Rangers' system (sort of).

The Dallas Stars officially assigned Avery to the Hartford Wolfpack of the AHL today. Hartford is the AHL affiliate of the New York Rangers, so it would appear the Rangers are serious about bringing him back.

From the Dallas Stars news release:

The Dallas Stars announced today that the club has assigned left wing Sean Avery to the Hartford Wolfpack in the American Hockey League. The Stars placed Avery on waivers on Saturday, Feb. 7, which he cleared on Monday, Feb. 9.

Avery, 28, was signed as a free agent by the club on July 2, 2008, and skated in 23 games for the Stars, posting three goals and seven assists for 10 points with 77 penalty minutes.

If however, the Rangers (or any other team) picks up Avery on re-entry waivers, then the Stars would pick up half of Avery's remaining contract this season (about $800,000) and then $1.9 million for the next three seasons against the cap. It would save the team about $2 million overall. 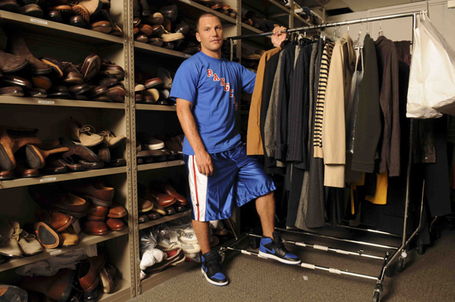 The Stars also had Avery undergo a physical yesterday to ensure he won't end up suddenly injured in Hartford and supposedly he's on the practice ice today for the Wolfpack.

Coincidentally, I will be attending the Wolfpack game here in Hartford on Saturday. The Manitoba Moose will be in town and I was looking fowardr to scouting some of the Stars' young prospects. Guess I will get an extra dose of Sean Avery as well.